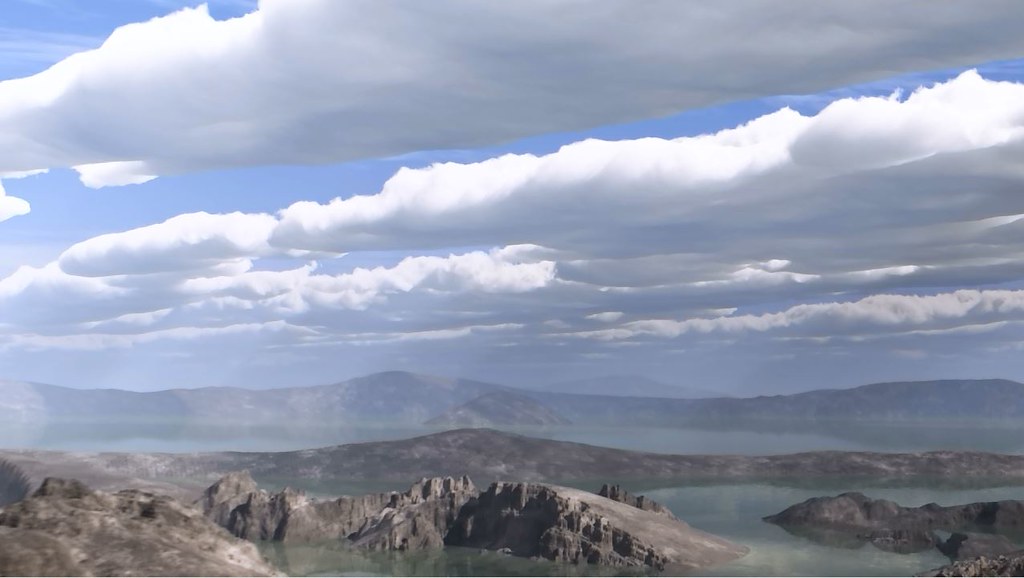 Mars has not always been the cold, lifeless planet that it is today. Billions of years ago, the Red Planet looked much more like Earth with an atmosphere and water, possibly even life.

Scientists believe that Mars’ atmosphere could have been lost through a combination of factors: a weakened magnetic field and a bombardment from asteroids in the early solar system.

“Mars had a magnetic field that would have shielded against charged particles from the sun,” the LA Times reported last year, based on new information from the journal Science. “But after the planet’s iron core cooled down, the magnetic field faded, leaving its atmosphere vulnerable to the onslaught.”

In a new video, NASA has recreated what early Mars might have looked like with its atmosphere and water. The two minute clip is a time lapse over billions of years. Watch below:

“The animation shows how the surface of Mars might have appeared during this ancient clement period, beginning with a flyover of a Martian lake,” NASA describes the video. “The artist’s concept is based on evidence that Mars was once very different. Rapidly moving clouds suggest the passage of time, and the shift from a warm and wet to a cold and dry climate is shown as the animation progresses. The lakes dry up, while the atmosphere gradually transitions from Earthlike blue skies to the dusty pink and tan hues seen on Mars today.”