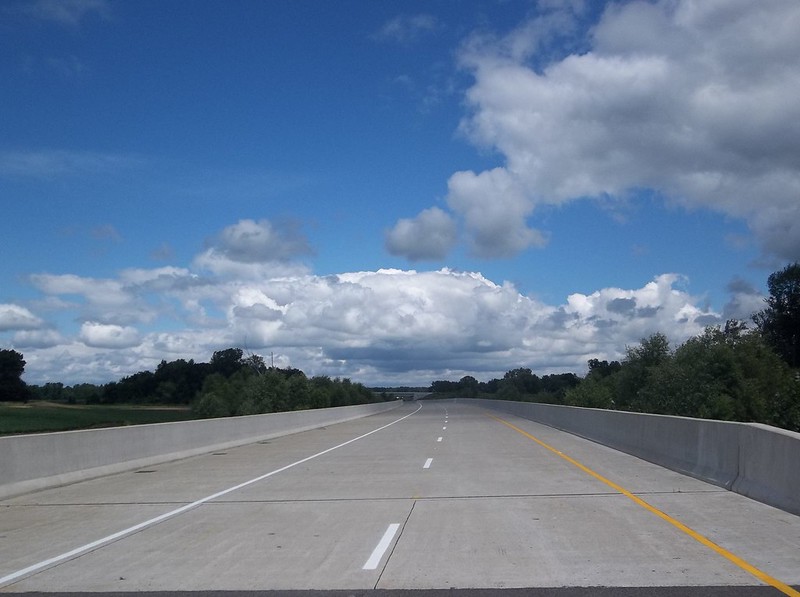 Here’s a map of the new route: 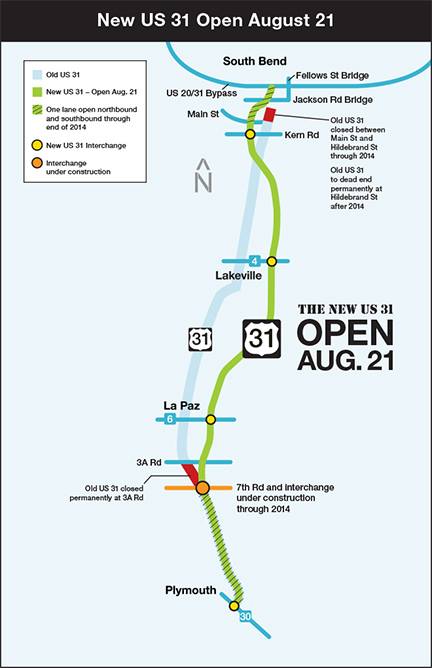 Last month we reported on a number of side street closures on the south side of South Bend (you can read about them here). The Indiana Department of Transportation (INDOT) has a number of other travel advisories that we have below:

South Bend area
– You don’t have to enter and exit the new U.S. 31 at its northernmost part. Drivers will automatically be shifted onto new 31, just south of the U.S. 20 Bypass.
– Restrictions near the Bypass ramps will remain (just like they are now) so ramp traffic will have to stop and merge with new U.S. 31 traffic, but just for a few months while work continues.
– If you want to use Old US 31 near Kern Road you’ll have to exit New US 31 at the Kern Road interchange, just south of the Bypass.
– Old U.S. 31 will be closed between Main Street and Hildebrand Street through the end of 2014
– Old U.S. 31 will dead end permanently at Hildebrand once the entire project is complete.

Lakeville area
– The State Road 4 interchange is the second exit on the new U.S. 31. Traffic should use this exit to access State Road 4/Pierce Road, Old U.S. 31, and Lakeville.

New U.S. 31, Plymouth area
– The 7th Road interchange is the fourth exit on the new U.S. 31, but will not be completed and accessible until the end of 2014. Once complete, traffic will use this exit to access 7th Road and Plymouth.
– You don’t have to enter and exit the new U.S. 31 at its southernmost part. Drivers will automatically be shifted on and off new 31, just north of U.S. 30.
– Restrictions of one lane in each direction near U.S. 30 will remain (just like they are now), but just for a few months while work continues.

List of US 31 Side Street Closures in South Bend