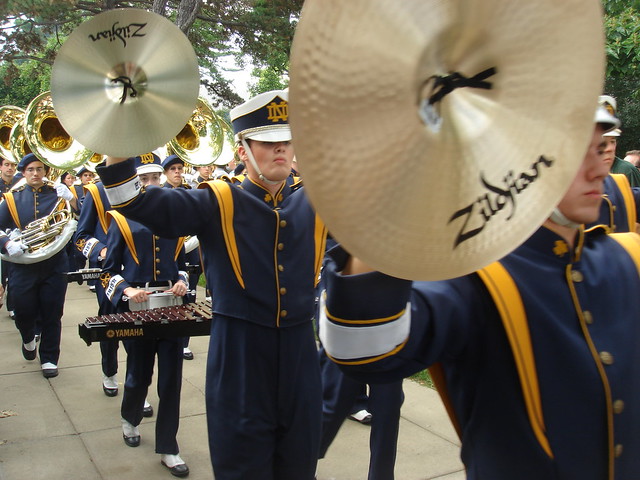 South Bend has won plaudits from some media outlets and drawn unsavory headlines from others. The city was named an “All-America City” in 2011. The distinction is described as the equivalent of an Oscar for municipalities, ten of which are selected each year. That same year, Newsweek listed South Bend as one of “America’s Dying Cities”.

Livability.com is just the latest national outlet to include South Bend in a survey. (If you have never heard of Livability.com, you’re not alone — we haven’t, either. They appear to be a click-bait top ten lists site.) Here’s a description of their list:

We calculated livability aspects but skewed the list toward measuring the impact these colleges and universities have on their cities and what would make life better for college-aged people. To gauge the impact of the universities, we analyzed the number of jobs in the education sectors and the ratio of stadium capacity to population. We looked for places with housing affordability and a high percentage of rental units. We measured walkability with Walk Score and used Census data to determine the number of bars in each school’s county. We also looked for cities with a high concentration of degree-holders and of 25-to-34 year-olds to see if they were the kinds of cities that students would want to stay in once they graduated.

Finally, we checked out the entertainment scenes, recreational opportunities and cultural amenities these cities had to offer. This included the number of restaurants, music venues and museums as well as bike trails, parks and sports facilities each city has. We also looked at festivals that bring the communities together and the partnerships that exist between the colleges and towns.

South Bend ranks ninth in their list. They cite “a vibrant downtown, walkable neighborhoods, and access to natural attractions and cultural amenities” as well as a “high percentage of 25-to-34 year-olds reside in South Bend, many of them former students who decided not to leave.” Their description of the town is more glowing than even the local Chamber of Commerce:

The St. Joseph River separates the college campus from much of the city and feeds an artificial whitewater rafting course that cuts through the downtown area. Floating down the river is one of several outdoor activities found in and around South Bend. Nearby natural areas and parks provide opportunities to hike, mountain bike and camp, while the Blackthorn Golf Club has been recognized by Golfweek as one of the best municipal courses in the state. Baseball fans can catch minor league action at Four Winds Field, home of the South Bend Silver Hawks, a Class A affiliate of the Arizona Diamondbacks. Both students and residents can take to the ice during public skating sessions at Compton Family Ice Arena, home to Notre Dame’s hockey team.

Don’t get me wrong. I am happy to see South Bend receive this kind of attention. But it seems ironic that just a few weeks ago a Harvard study was published that claimed that South Bend was the third unhappiest place in the US.

We took that study to task for a number of methodological issues. Survey data was only conducted via land line telephone, excluding both cellphone-only households and households without a telephone (i.e. those in extreme poverty). They also relied on a small sample size with a large margin of error.

So what gives? Are we “dying”, “unhappy”, “All-American”, or one of the best college towns in America, as Livability claims?

The problem with all of these lists is that there is an inherently subjective nature to what variables get considered, and how you go about measuring each variable. They may be well-reasoned and justifiable — for instance, population loss over a given amount of time — but you could just as easily make the case for other variables that could change the calculus entirely (i.e. percentage of college-educated adults; and even then, you may only want to measure only working-age adults and not include retirees).

While civic boosters will undoubtedly laud Livability‘s “10 Best College Towns 2014” list as proof that South Bend is on the rebound — or even that we’ve already turned the corner to greatness — it misses a broader point: these lists do not mean all that much. What matters is how we perceive ourselves and what steps we take to better our community.