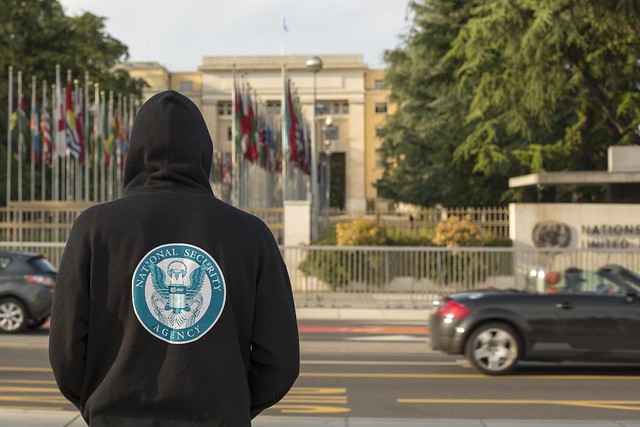 The brief, filed jointly by the EFF and the American Civil Liberties Union, declares that “call records collected by the government are not just metadata — they are intimate portraits of the lives of millions of Americans.”

Larry Klayman, a conservative activist and founder of the political advocacy group Freedom Watch, filed his lawsuit against the NSA and President Obama in June, 2013. It alleges that the government is conducting a “secret and illegal government scheme to intercept vast quantities of domestic telephonic communications,” in violation of the First, Fourth, and Fifth Amendments.

In December, Richard J. Leon of the U.S. District Court for the District of Columbia issued a preliminary ruling that the program was likely unconstitutional, in violation of the right against unreasonable search or seizure under the Fourth Amendment; the case is currently on appeal before the U.S. Court of Appeals for the District of Columbia Circuit. In his ruling, Leon wrote: “I cannot imagine a more ‘indiscriminate’ and ‘arbitrary invasion’ than this systematic and high-tech collection and retention of personal data on virtually every single citizen for purposes of querying it and analyzing it without judicial approval.”

In their brief, the EFF and ACLU are equally harsh, asserting that changes in technology, as well as the government’s move from targeted to mass surveillance of American citizens, mean that previous legal decisions that the government relies on to justify its spying program do not apply.

Government officials have claimed the nature of the data collected is innocuous — Senator Dianne Feinstein (D-CA) has said “[T]his is just metadata. There is no content involved.”

But the rights organizations say those claims are spurious:

A call to a hotline or another type of dedicated, single-purpose phone line provides perhaps the starkest demonstration of this power. An hour-long call at 3 A.M. to a suicide prevention hotline; a thirty-minute call to an alcohol addiction hotline on New Year’s Eve; or a fifteen-minute call to a phone-sex service—the “metadata” from those calls, even in the absence of the “content” of the conversation, still reveals information that virtually anyone would consider exceptionally private.

In fact, the “vast” quantity of metadata the government collects, the duration for which it does so, and the modern nature of people’s phone use, means that such dragnet surveillance “provides a window into the thoughts, beliefs, traits, habits, and associations of millions of Americans,” the brief reads. “The Court should reject any contrary suggestion. Given the detailed portrait that can be drawn from metadata alone — and given the especially revealing nature of large quantities of metadata — the collection of this sensitive information receives the highest protection of the Fourth Amendment.”

Oral arguments for the case will take place November 4, 2014.