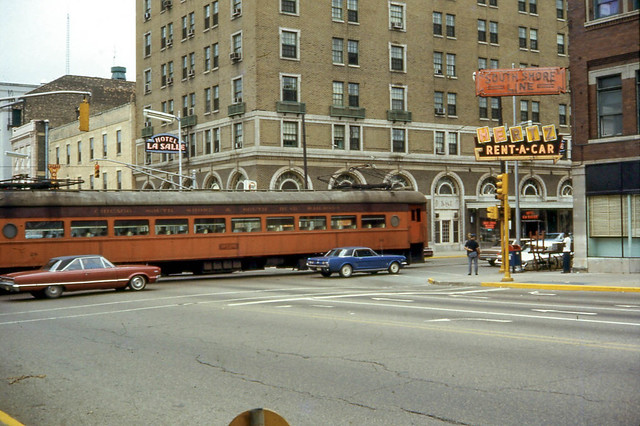 The South Shore has been providing reliable transportation from South Bend to downtown Chicago since 1908. While the line now runs from South Bend International Airport on the city’s far west side and terminates at Millennium Station in the heart of Chicago, it used to run all the way to downtown South Bend.

The first image (above; image taken facing southwest) shows the South Shore Line running along LaSalle and Michigan Streets. The old Hotel LaSalle — which is in the process of being converted into apartments — can be seen as it was in 1968. The rail line was located right down the center of the street.

This next photograph from 1968 was taken at the same street corner looking south along Michigan Street, which used to be a straight shot through downtown. Today, St. Joseph Street winds along the river and connects to Michigan Street going north. 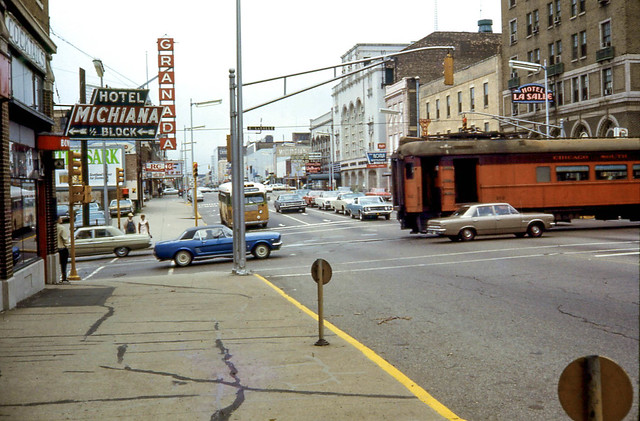 Many of the buildings seen in this photo are gone. You can see the Morris Performing Arts Center just beyond the Hotel LaSalle. Low rise buildings existed between these two South Bend landmarks (a parking lot is there today). Across the street from the Morris were businesses. Today, it’s the Jon Hunt Memorial Plaza with green space and a water fountain. The city holds concerts as part of their “Fridays by the Fountain” program.

The South Shore station was right across the street from Hotel LaSalle. An old Hertz Rent-a-Car also occupied the same space. This building has also been torn down. A parking lot for the NIPSCO building has replaced it. 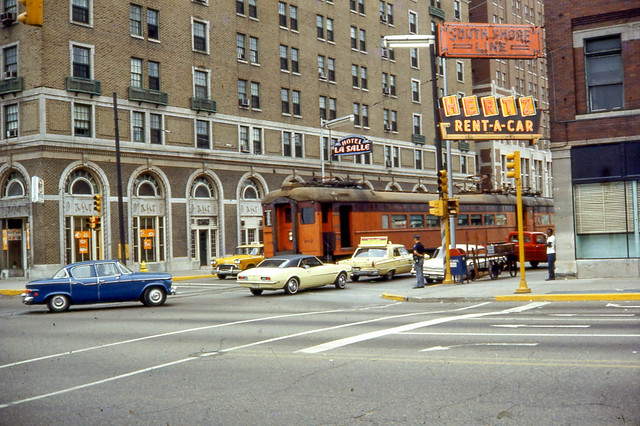 Here’s another look at the South Shore station from LaSalle Street (looking northeast). The Flickr user who posted the image online says that it used to be a hotel. It was torn down in 1974. In the distance you can make out St. Joseph Station, one of the oldest remaining buildings in downtown South Bend. 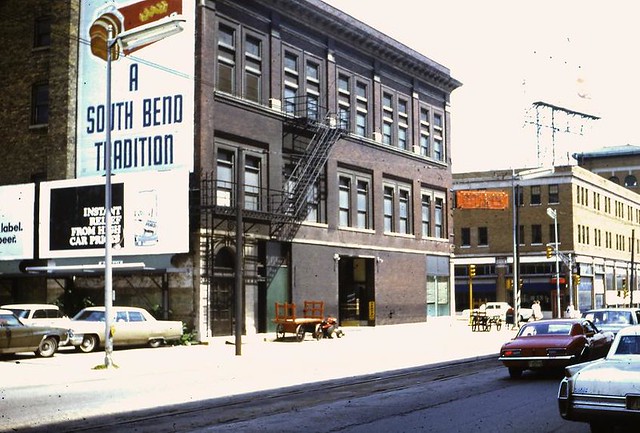 The remaining two photos were taken along LaSalle Street’s tracks, which ran through the city’s neighborhoods westward toward Michigan City and eventually Chicago. The only remaining street-level tracks in South Bend are along Bendix Drive near the airport. NICTD, which operates the South Shore, hopes to relocate the tracks once again to connect to the western end of the airport. This would eliminate street tracks entirely and speed up trains to Chicago, reducing the time by fifteen minutes when combined with the re-route of Michigan City’s street-level tracks. 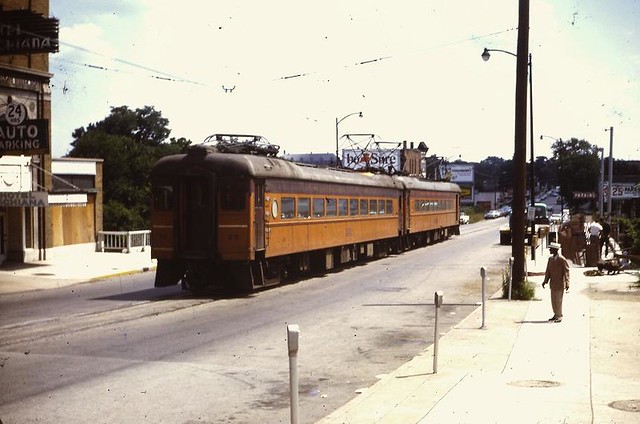 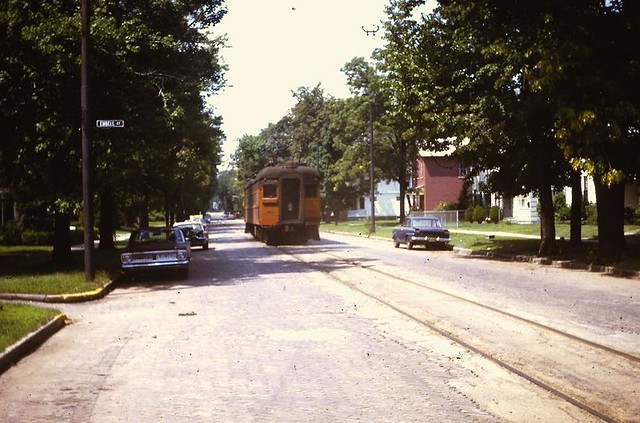 NICTD board meeting scheduled for March 29