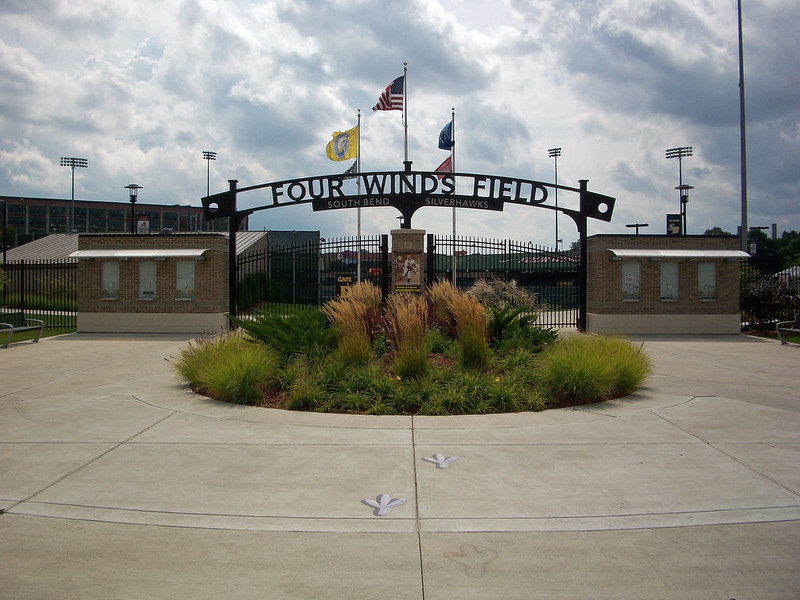 The Silver Hawks have been a South Bend staple since 1988. The single A minor league baseball team, originally known as the South Bend White Sox and now affiliated with the Arizona Diamondbacks, are approaching their single season attendance record. The team wants to break that record, and is pushing to do so with a special “Pack the Park” promotion.

The record was set back in 1994, the year of the Major League Baseball strike; 258,424 people attended that year. The Silver Hawks are within striking distance this year. Over two hundred and thirty-six thousand people have shown up so far this season. The team is only 22,036 away from beating their 1994 attendance record.

“It is very exciting because as an organization we have worked hard to engage the community,” team president Joe Hart told the South Bend Voice. “We have the best fans in baseball and I am excited for the community to have an opportunity to break this record. It is not every day a franchise sets a new attendance record 27 years into their existence.”

To do that, the team is running a number of promotions (some of them already planned. Pack the Park will be held next Tuesday, August 26. Tickets, regular hot dogs, sodas, and draft beer will only cost $2. The team will host the West Michigan Whitecaps from Sunday until Tuesday. Their final home stand is from Wednesday until Friday against Bowling Green.

In addition to “Pack the Park”, the team will also offer Family Day on Sunday, with pregame catch on the field at 1:15 pm. Monday is Belly Buster Monday, where fans can upgrade their ticket to include all-you-can-eat hot dogs, hamburgers, peanuts and popcorn. Tuesday is “Pack the Park” with its $2 promotions and also “Bark in the Park” where your dog is invited to catch a ball game. Wednesday is “Kids Eat Free”; “Thirsty Thursday” offers $2 beer and pop; and the final home game is on Friday, August 29 with a fireworks display after the game.

The team was taken over in 2011 by a Chicago-based businessman named Andrew Berlin. Combined with a $7 million investment from the city of South Bend, which owns the stadium, Berlin spent nearly $5 million on stadium improvements. You may have noticed the new splash pad in right field, outdoor suites, the artificial turf, wrap-around seating in the outfield, huge score board and jumbotron, a kids’ play area, and the refurbishment of an old vacated synagogue into the team store. Behind the scenes the stadium has also had a new PA system, point-of-sale system for concession sales, and improved locker room for the players.

The improvements will not end there. In the off-season, the team plans to “[look] at building a new 11,000 sq ft batting facility that will be open year round. We will operate as a training facility in which the community can use.”

And in case you are wondering, the Silver Hawks are already playoff-bound; the end of the regular season does not mean an end to play at The Cove. The team currently stands in second place in the second half of the Midwest League season. The team already clinched their playoff berth when they finished second in the first half of the season. The Silver Hawks host their first home playoff game on September 4. Tickets are available at the Four Winds Field box office in downtown South Bend