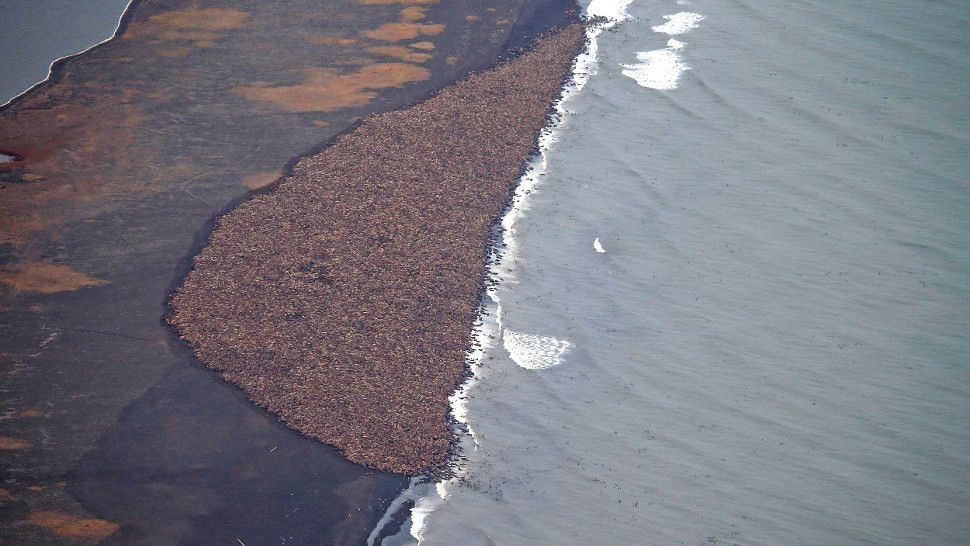 Federal biologists have discovered an unusual phenomenon on a beach in northwest Alaska: a massive gathering of walruses—35,000 of them—crowded onto a small strip of shore.

This swarm, which was sighted in a National Oceanic and Atmospheric Administration aerial survey on Saturday, is a direct result of a warming climate and declining sea ice, say scientists.

Pacific walruses, who live in the Bering Sea during winter, require floating sea ice to meet their survival needs, using them for rest in between journeys to forage for food, such as clam, snails, and worms, as well as for giving birth and caring for their young. But as the oceans warm, this sea ice is receding, especially near coastal areas, forcing these walruses to take to the beach for resting and foraging, according to an explanation from the NOAA. 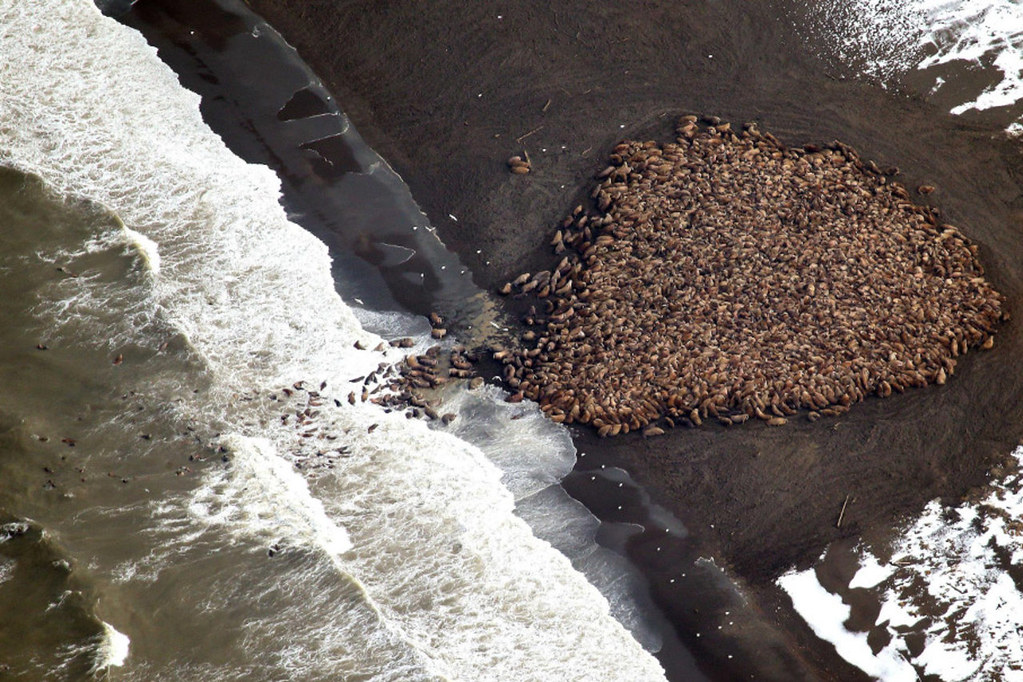 “The walruses are telling us what the polar bears have told us and what many indigenous people have told us in the high Arctic, and that is that the Arctic environment is changing extremely rapidly and it is time for the rest of the world to take notice and also to take action to address the root causes of climate change,” said Margaret Williams, managing director of the group’s Arctic program, in a statement.

The burly mammals were found just north of Point Lay, an Inupiat Eskimo village. According to Andrea Medeiros, spokeswoman for the U.S. Fish and Wildlife Service, the walruses were first sited in mid-September, and dozens of carcasses have been identified, likely due to stampede. 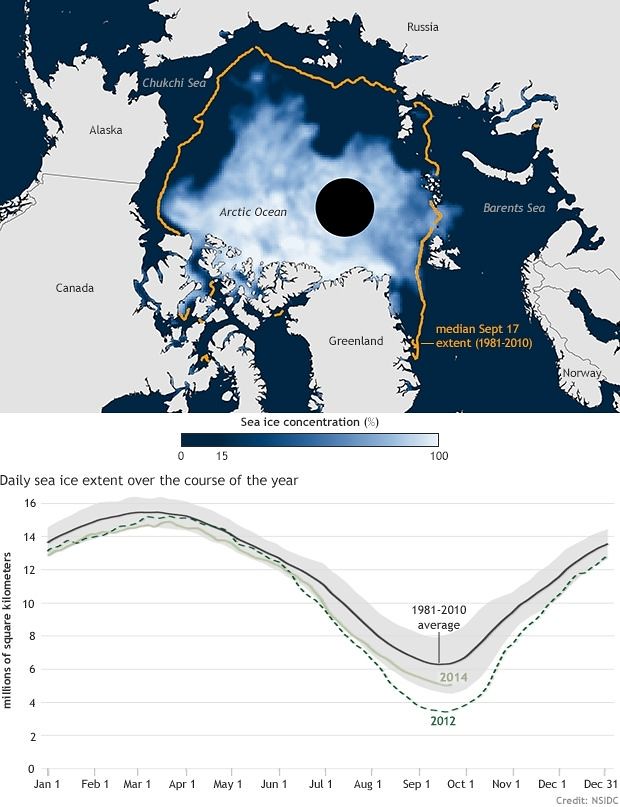 Chadwick Jay, research ecologist and leader of the U.S. Geological Survey’s Pacific walrus research program, said that similar large aggregations of walruses have been seen in and near the area in recent years. The WWF tracked 20,000 walruses on the shore at Ryrkaipiy on the Chukchi Sea in Russia in 2009:

Two years ago, Nick Sundt of WWF warned, “As in past years, it now appears likely that we again will see large numbers of walruses forced onto Alaska’s beaches. These iconic images will starkly illustrate the massive disruption that is occurring in the Arctic as the region rapidly warms.”