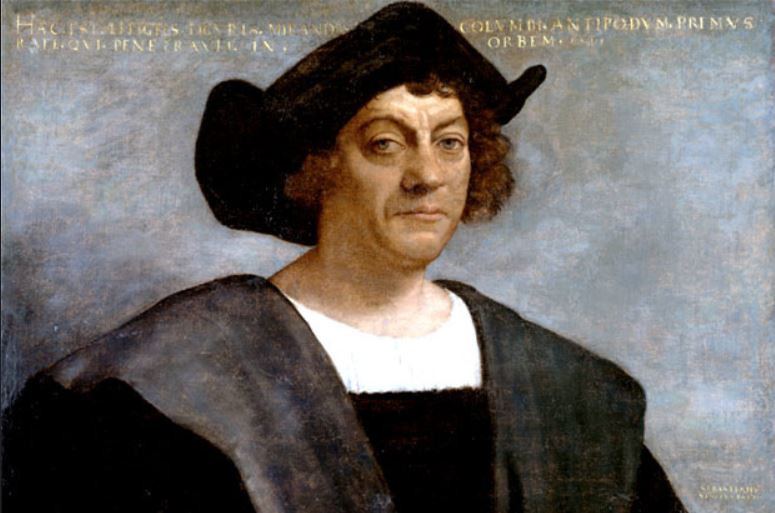 Did you learn in elementary school that Christopher Columbus “discovered” America?

As a child, you may have even melded the idea of Columbus having Thanksgiving dinner with natives in a peaceful celebration of two cultures.

It is a deceptive tradition that has continued into the modern age, despite having no historical accuracy whatsoever.

Columbus — the 15th century Italian explorer commissioned with the support of the Spanish empire — did not “discover” America. The land was already occupied with indigenous peoples.

Columbus himself was an unimpressive man with a cruel legacy toward native peoples. As historian Howard Zinn writes:

Now, from his base on Haiti, Columbus sent expedition after expedition into the interior. They found no gold fields, but had to fill up the ships returning to Spain with some kind of dividend. In the year 1495, they went on a great slave raid, rounded up fifteen hundred Arawak men, women, and children, put them in pens guarded by Spaniards and dogs, then picked the five hundred best specimens to load onto ships. Of those five hundred, two hundred died en route. The rest arrived alive in Spain and were put up for sale by the archdeacon of the town, who reported that, although the slaves were “naked as the day they were born,” they showed “no more embarrassment than animals.” Columbus later wrote: “Let us in the name of the Holy Trinity go on sending all the slaves that can be sold.”

But too many of the slaves died in captivity. And so Columbus, desperate to pay back dividends to those who had invested, had to make good his promise to fill the ships with gold. In the province of Cicao on Haiti, where he and his men imagined huge gold fields to exist, they ordered all persons fourteen years or older to collect a certain quantity of gold every three months. When they brought it, they were given copper tokens to hang around their necks. American Indians found without a copper token had their hands cut off and bled to death.

The Indians had been given an impossible task. The only gold around was bits of dust garnered from the streams. So they fled, were hunted down with dogs, and were killed.

The Spanish throne removed Columbus from his position as governor of the Indies after his third voyage. He was considered a tyrannical leader even by 15th century standards.

Columbus Days’ origins as a federal holiday can be traced to the 1930s when the Knights of Columbus pressured Congress and President Roosevelt to make the designation. Italian Americans were a key voting bloc in the New Deal coalition that gave Democrats solid control of the White House from 1933 until 1969, losing only two presidential elections during that time period.

At the time, Italian immigrants were also a minority group that faced stunningly ugly discrimination, much as Irish immigrants had generations before them. The day carries a lot of weight among the Italian American community in terms of ethnic pride and as a celebration of their heritage.

But for others, it is a celebration of a man whose brutal legacy led to the genocide of native populations throughout North and South America.

Given the actual history of Columbus and European colonization, a number of US states and cities have acted to end the recognition of Columbus Day. Others simply never recognized it. Only 23 states give Columbus Day off as a paid holiday for state employees — and this is on the decline.

Indigenous People’s Day is a designation a growing number of places are recognizing in place of Columbus Day. Berkeley, California became the first city to make the change. Other local governments to make the change include Seattle, Minneapolis, and Dane County, Wisconsin (Madison). The state of South Dakota officially recognizes Native American Day instead of Columbus Day.