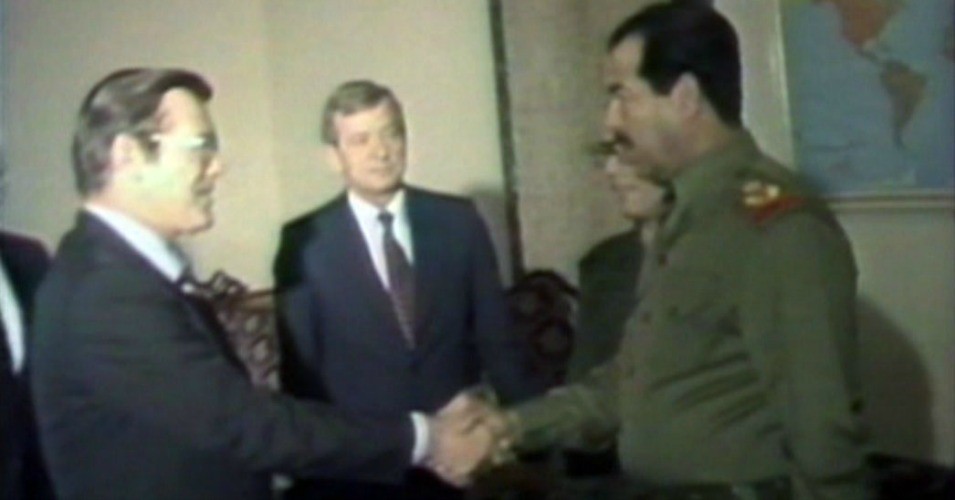 These aren’t the chemical weapons you’re looking for.

New reporting from the New York Times, published online late Tuesday, reveals that although the administration of George W. Bush employed false claims of a chemical weapons program to justify its 2003 invasion of Saddam Hussein’s Iraq (no such program existed) – the reality is that substantial, largely forgotten and degraded stockpiles of older weapons did exist inside the country.

However, according to the Times, because those weapons dated back to the 1980’s — when the U.S. and other western nations were acting as an ally to Iraq and supplying weapons and chemical agents to Hussein during his war against Iran — U.S. troops who ultimately came across these weapons and ordered to destroy them were told to remain quiet about what they’d encountered, even as it put their own health and those of others in grave danger.

As the newspaper reports, former U.S. soldiers who participated in the disposal of such weapons during the long occupation of Iraq said the Bush administration, including the Pentagon, suppressed the existence of them for several reasons, “including that the government bristled at further acknowledgment it had been wrong.”

“They needed something to say that after Sept. 11 Saddam used chemical rounds,” Jarrod Lampier, a recently retired Army major who was present for the largest chemical weapons discovery of the war, told the Times. His unit, he says, found more than 2,400 nerve-agent rockets unearthed in 2006 at a former Republican Guard compound, but said, “all of this was from the pre-1991 era.”

According to the Times:

The discoveries of these chemical weapons did not support the government’s invasion rationale.

After the terrorist attacks of Sept. 11, 2001, Mr. Bush insisted that Mr. Hussein was hiding an active weapons of mass destruction program, in defiance of international will and at the world’s risk. United Nations inspectors said they could not find evidence for these claims.

Then, during the long occupation, American troops began encountering old chemical munitions in hidden caches and roadside bombs. Typically 155-millimeter artillery shells or 122-millimeter rockets, they were remnants of an arms program Iraq had rushed into production in the 1980s during the Iran-Iraq war.

All had been manufactured before 1991, participants said. Filthy, rusty or corroded, a large fraction of them could not be readily identified as chemical weapons at all. Some were empty, though many of them still contained potent mustard agent or residual sarin. Most could not have been used as designed, and when they ruptured dispersed the chemical agents over a limited area, according to those who collected the majority of them.

In case after case, participants said, analysis of these warheads and shells reaffirmed intelligence failures. First, the American government did not find what it had been looking for at the war’s outset, then it failed to prepare its troops and medical corps for the aged weapons it did find.