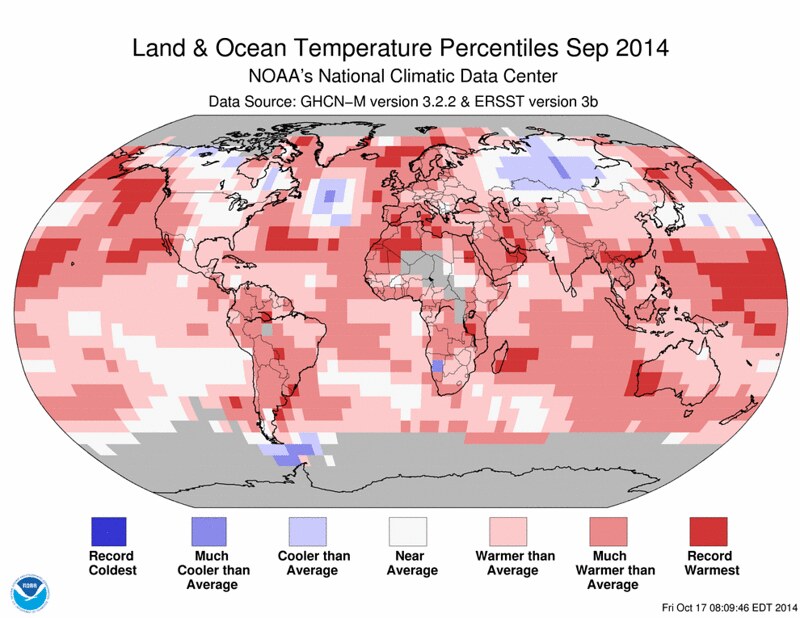 This past September may have felt pretty typical for the South Bend region: a sharp change in seasons with highs dipping into the 50s and then back near 70.

But it was far from typical on a global scale.

NOAA also reported that the combined global land and ocean average surface temperature was 1.22 degrees above the 20th century average, tying 1998 as the warmest such period on record.

Every month to date in 2014 has been among its four warmest on record with the exception of February. May, June, August, and September all had record warmth.