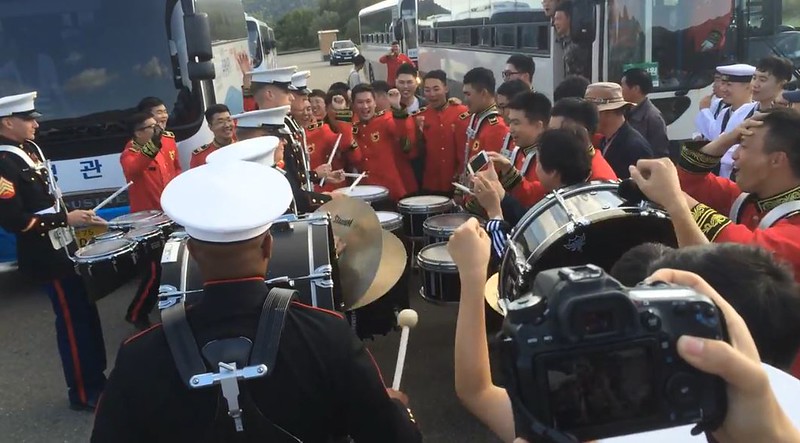 The US Marines are trained to battle foreign forces on the battlefield. The III Marine Expeditionary Force Band is also apparently well trained in drum battles. Watch the clip below between the US Marine Band and the Republican of Korea (South Korea) Army Band:

Don’t you wish all battles were fought like this?