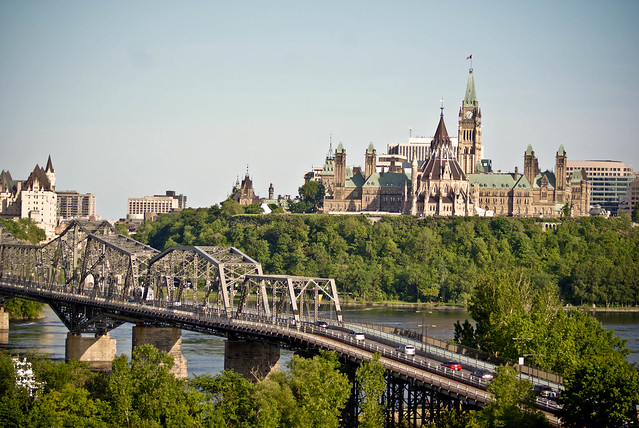 Two people have been confirmed dead in a series of shootings that rocked the Canadian capital of Ottawa this morning.

Ottawa police have said that the shootings took place at the National War Memorial and on Parliament Hill.

A Canadian soldier was killed while guarding Canada’s War Memorial. Police say that a “male suspect has also been confirmed deceased”.

CBC reports that the suspect is Michael Zehaf-Bibeau, a Canadian citizen born in 1982. The shooter first killed the soldier at the War Memorial before stealing a car and driving it to Parliament Hill.

“MPs and other witnesses reported 30 to 50 shots fired inside Parliament, and a gunman has been confirmed dead inside the building, shot by the House of Commons sergeant-at-arms,” CBC reports.

It is not yet clear if there was more than one gunman.

Earlier in the day, downtown Ottawa was largely put on lockdown. Most of the downtown lockdowns, including at schools, have ended.