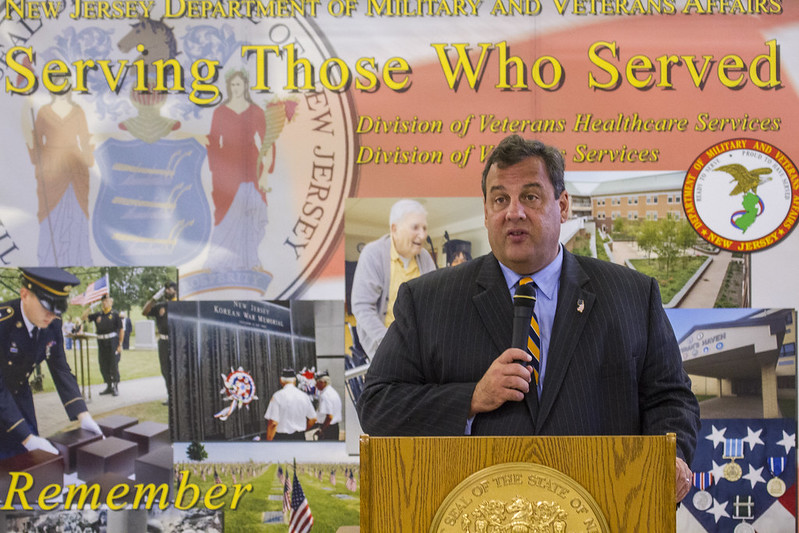 After a weekend of criticism levied against New Jersey Gov. Chris Christie and New York Gov. Andrew Cuomo over policies of forced quarantines for health workers who have traveled back from West Africa where they were helping to fight the Ebola crisis, a nurse now being held in isolation has taken on a lawyer to make sure what has happened to her does not happen to others.

Kaci Hickox, the nurse who recently served with Doctors Without Borders in Sierra Leone and is now being held in New Jersey under a 21-day mandatory quarantine, characterized statements by Gov. Christie, who has roundly defended the protocols and her detention, as “preposterous.” Health experts, both in the U.S. and internationally, have condemned the behavior of both New York and New Jersey officials in the wake of last week’s news that a doctor who recently returned to the New York-area did, in fact, test positive for the virus.

Hickox spoke with CNN’s Candy Crowley via telephone on Sunday and criticized the “knee-jerk reaction by politicians” to Ebola, saying “to quarantine someone without a better plan in place, without more forethought, is just preposterous.”

Though Hickox, as of Sunday, had twice tested negative for the virus, Christie has continued to defend her forced detention. However, the doctors watching over her have said their is no “medical” reason to keep her. Health experts warn such forced isolation policies will actually undermine efforts to fight Ebola. And civil liberties advocates, including attorneys looking at Hickox’s case, call her treatment a serious assault on her constitutional rights.

In a move that could open a new legal front in the debate over how the fight against Ebola is managed — and how people who have potentially been exposed to the disease are treated — Kaci Hickox has reportedly hired Norman Siegel, an attorney who specializes in civil and human rights cases involving the government. That news comes from J. David Goodman of The New York Times, who tweeted quotes from a conversation with Siegel Sunday afternoon.

“I asked her if she wanted this to be a test case,” Siegel tells Goodman, “and she said yes.”

And according to ABC News on Monday, Hickox has said she feels that her “basic human rights are being violated” and that she hopes “this nightmare of mine and the fight that I’ve undertaken is not in vain.”

Both the Centers for Disease Control and the White House have criticized the approach in both states.

“We have let the governors of New York, New Jersey, and others states know that we have concerns with the unintended consequences of policies not grounded in science may have on efforts to combat Ebola at its source in West Africa,” an administration official told the Guardian.

“Hospital personnel are keeping her in isolation and have not informed her of any next steps,” Doctors Without Borders said in a statement on Sunday.

Late on Sunday, the Cuomo administration seemed to be responding to pressure from various quarters when it loosened some of the restrictions it had first put in place on Friday. Christie, however, stood by the protocols in his state, including the ones those under which Hickox is being held. In an interview on Fox News Sunday, in fact, Christie said that he thinks New Jersey’s response to Ebola should become the model for the entire nation.

“New Jersey is not changing its quarantine protocol. The protocol is clear that a New Jersey resident with no symptoms, but who has come into contact with someone w/ Ebola, such as a health care provider, would be subject to a mandatory quarantine order, and a [sic] quarantined at home.” Christie wrote on Twitter on Sunday. “Non-residents would be transported to their homes if feasible and, if not, quarantined in New Jersey.”

“First of all, I don’t think he’s a doctor; secondly, he’s never laid eyes on me; and thirdly, I’ve been asymptomatic since I’ve been here,” Hickox told Crowley Sunday.

In a separate interview with CNN Senior Medical Correspondent Elizabeth Cohen, Hickox elaborated on what she thought of Christie’s assessment of her medical condition.

“I’m sorry, but that’s just a completely unacceptable statement in my opinion. For (Christie) — a politician who’s trusted and respected — to make a statement that’s categorically not true is just unacceptable and appalling.”

And the New York Times reports:

Until Sunday night, the quarantine orders by Mr. Christie, a Republican, and Mr. Cuomo, a Democrat, had drawn withering criticism from many medical experts, who said they would discourage aid workers from volunteering to help eradicate the disease at its source. By midday Sunday, Kaci Hickox, the nurse who became the first person isolated under the new protocols in New Jersey, emerged as the public face of the opposition, calling the treatment she received “inhumane” and disputing Mr. Christie’s assertion a day earlier that she was “obviously ill.”

“If he knew anything about Ebola he would know that asymptomatic people are not infectious,” Ms. Hickox told CNN.

Even some who acknowledged the states’ authority to enact the policy took issue with its implementation in New Jersey.

After testing negative for Ebola for a third time on Monday morning, nurse Kaci Hickox has been told by New Jersey officials that she will be released from her forced isolation at a Newark hospital and be allowed to return to her home in Maine as early as this afternoon.

“She will remain subject to New Jersey’s mandatory quarantine order while in New Jersey,” the State of New Jersey Department of Health said in a statement. “Health officials in Maine have been notified of her arrangements and will make a determination under their own laws on her treatment when she arrives.”

The decision by the state followed widespread criticism of Hickox’s three-day forced quarantine and subsequent to a lawyer who took up her case announcing that the nurse was willing to proceed with filing suit against Gov. Christ Christie and the state for violating her constitutional rights.

Speaking at a campaign event in Florida on Monday morning, the Associated Press reports, Christie said that when Hickox “has time to reflect, she’ll understand” the quarantine.