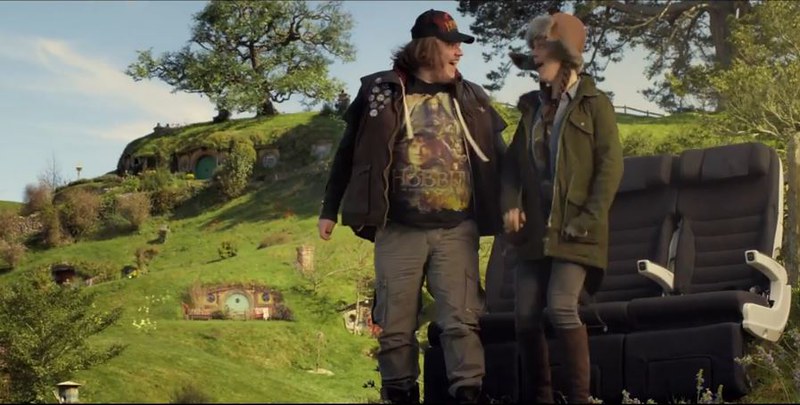 Air New Zealand is known for its creative safety videos. Their latest one targets Lord of the Rings and Hobbit fans.

“The Most Epic Safety Video Ever Made” is being shown on Air New Zealand flights just ahead of the final film in The Hobbit trilogy. The Hobbit: The Battle of the Five Armies will be released on December 17.

The in-flight safety video has cameos from long-time Lord of the Rings/Hobbit star Elijah Wood and director Peter Jackson.