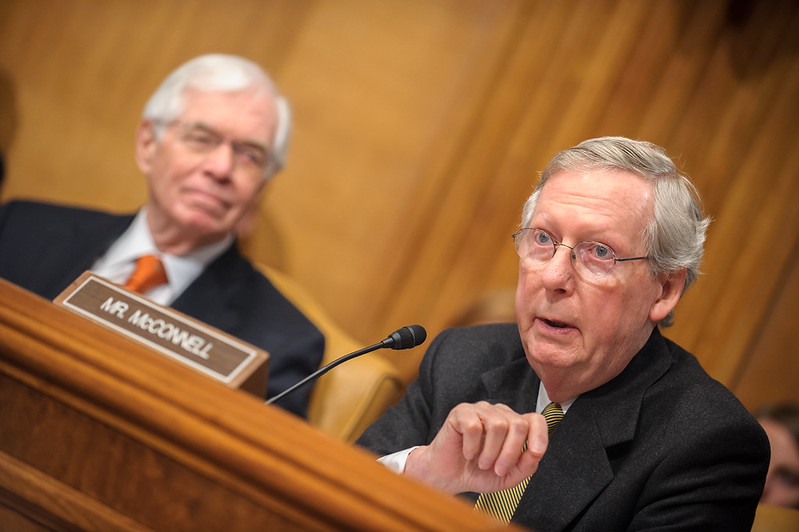 Republicans are heavily favored to make strong gains in the US Senate today with a better than even probability of flipping control of the body, which has been in Democratic hands since January 2007.

While partisans may interpret this as a resounding endorsement of their policies on a national level, a closer look at the structural forces at play explain why Republicans are expected to have such a good Election Night on Tuesday — at least on the federal level (Democrats are actually favored to gain governor’s seats).

Senators are elected to six-year terms. The Upper Chamber — as it is called — consists of 100 senators, two from each state. Furthermore, Senate elections are broken up into “classes”.

21 of the Senate seats are being defended by Democrats. Republicans only need to defend 15.

Republicans must net a total of six seats in order to gain the majority.

Aiding Republicans in their pursuit of a majority are a number of structural and demographic disadvantages for Democrats. 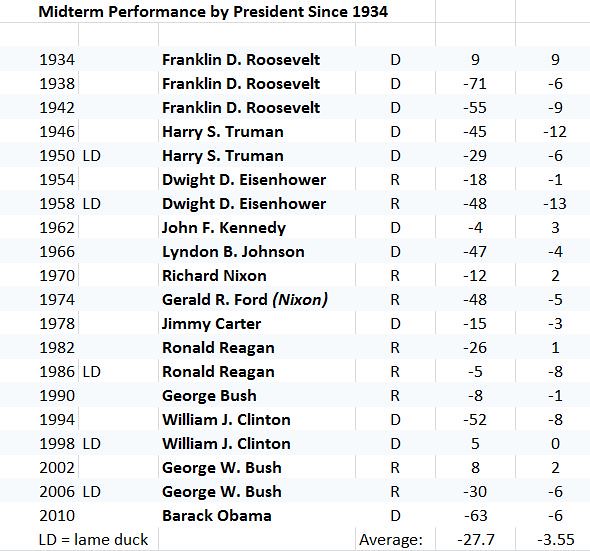 The trend is less sharp on the Senate side. The president’s party either broke even or gained seats in 6 of the 20 midterm elections since 1934. In other words, the president’s party has avoided Senate losses in 30 percent of midterms in the post-Hoover era. The average loss: 3.55.

Political scientists have competing — although not necessarily mutually exclusive — theories on why this phenomenon occurs: voter backlash, a highly motivated opposition party, and the natural swing back after a wave (put another way, a party in the majority has more seats to defend and thus more seats to lose).

Regardless, chances are better than not that Republicans will make gains — and if the polls are right, significant gains. Republicans would need to at least match their performance from 2010 when they gained 6 seats to win majority control.

The make-up of midterm elections is decidedly whiter and older than presidential elections. This is bad news for Democrats, who have turned to young and minority voters as their winning coalition during the Obama presidency. It was this coalition that allowed the president to carry traditionally Republican states like North Carolina, Virginia and Indiana in 2008. Those voters are less likely to vote in midterm elections.

Democrats face long odds due to the make-up of Senate class 2, which is the most Republican-friendly of the three Senate classes (see chart below). 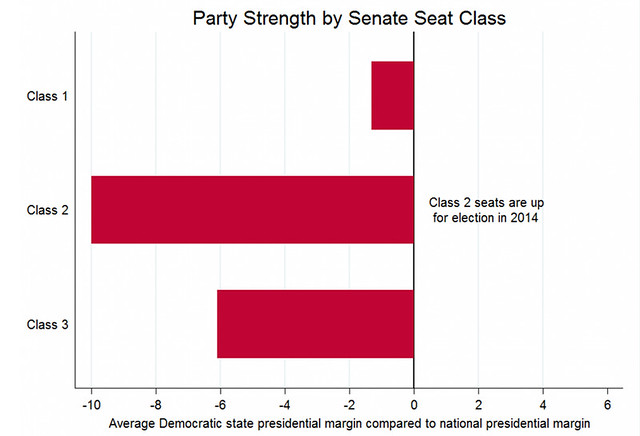 The senators up for re-election in 2014 were also elected during the wave election of 2008, when a popular then-Senator named Barack Obama was on the ballot to help elect Democrats in places like Alaska (a conviction of the incumbent Republican senator in that state also helped) and North Carolina.

Compounding the problem for the Democratic Party are retirements in places like Montana, South Dakota, and West Virginia — all of which are favored to elect the Republican candidate on Tuesday.

The Senate does not represent popular will

The Founding Fathers crafted the Senate as a balance to the House of Representatives. The House was the chamber intended to reflect the passions of the electorate (which at the time was limited to white male property owners — only 6 percent of the population) in the same way as the British House of Commons.

The Senate was modeled on the more aristocratic House of Lords. The Senate was meant to represent the interests of the states, not the will of the people as a whole. The idea here was to temper the emotions of voters — who the Founders distrusted.

As George Washington put it, the Senate was meant to “cool” legislation passed by the House in the same way that a saucer cools a tea cup.

That is to say that the structural disadvantages posed to (lower d) democratic rule is very much intentional. We have only begun in the past century — a snail’s pace in historical terms — to move away from those built-in biases towards the interests of state government and male-dominated elites.

The Senate heavily penalizes the most populated states

Highly populated states like California and New York receive the same weight as sparsely-populated Wyoming. Democrats tend to pack into densely populated urban areas while Republicans spread themselves out in rural and suburban communities. There are of course some exceptions, such as the rural Upper Midwest, rural Southwest, and suburbs in places like Chicago (which have trended Democratic).