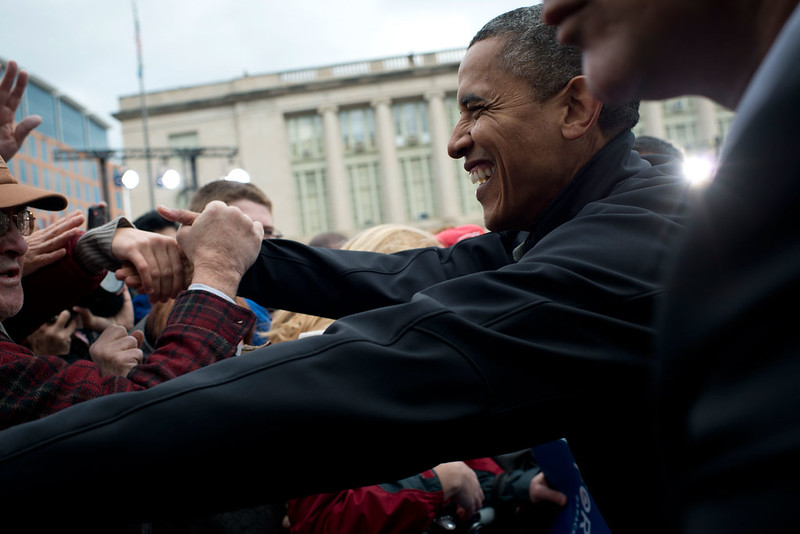 President Obama offered his reaction to the 2014 midterm election results that saw his party lose control of the United States Senate and governorships across the country.

The president struck a conciliatory tone, recognizing the GOP’s victories, but sounding less somber than after the party’s 2010 “shellacking” where Democrats lost their House majority, only to see the president re-elected convincingly two years later.

“Obviously the Republicans had a good night,” the president said in an hour long press conference.

Obama said that he heard the voices of the voters, noting that he wanted the two parties to work together to solve the country’s many problems.

“I am committed to making sure that I measure ideas not by whether they are from Democrats or Republicans but whether they work for the American people.”

The president says that he believes infrastructure, trade agreements, and investments in early childhood education are areas where the Republican-controlled Congress and the White House can find common ground.

Obama added at his press conference that he “would enjoy having some Kentucky bourbon with Mitch McConnell.”

Senator Mitch McConnell, who will likely be the next majority leader, held his own press conference earlier in the day.

McConnell, who won convincingly on Tuesday night, predicted that he would beat back far right challengers to his leadership position in the Senate.

“I’m going to be majority leader,” McConnell said confidently at a press conference earlier in the day.

McConnell has promised that Republicans will not shut down the government or default on the nation’s debt with another debt limit debacle.

Their first test begins with a budget that will need to be passed during the lame duck session of the current Congress.