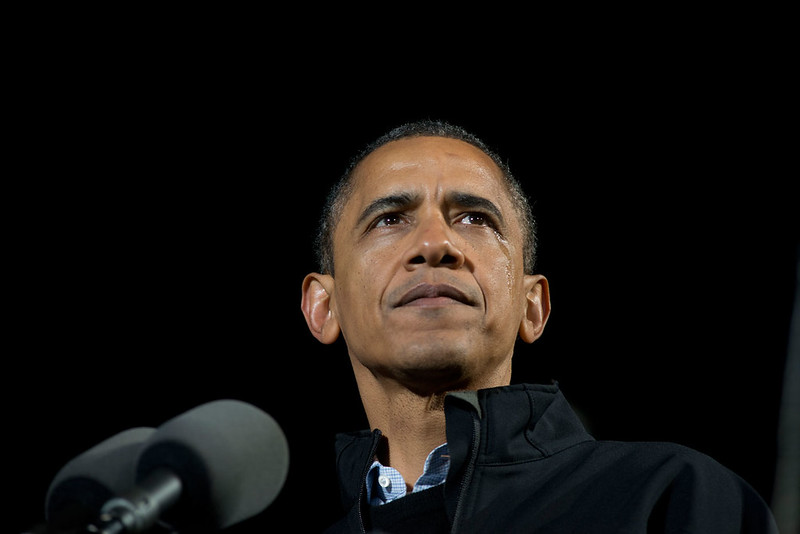 President Obama signaled on Wednesday that he will stick to his word when he said earlier this year that he would address immigration through executive action.

Pro-immigration groups and Latino voters have pressured the president to take executive action in the face of an intransigent Congress. The president’s most vocal immigration critics often call him the “deporter-in-chief“. They want action on the issue now.

Politically speaking, there is widespread belief that delaying executive action until after the midterm hurt the Democratic Party’s turnout attempts among Latino voters in critical states such as Colorado, where the party lost a Senate seat and barely won the governor’s race. Reneging on his promise to address the issue could be politically disastrous for Democrats in 2016.

Mitch McConnell, the presumptive incoming majority leader, argued that any executive action on immigration would be seen in the Senate as “poisoning the well” for Republican lawmakers who oppose the president’s proposed actions.

The president dismissed the suggestion at his press conference, noting that he has been willing to work with members of both party on the issue since he first took office in January 2009.

“I’ve shown a lot of patience and tried to work on a bipartisan basis as much as possible and I’m going to keep on doing so, but in the meantime, let’s figure out what we can do lawfully through executive actions to improve the functioning of the existing system,” Obama said.

The president called the bipartisan Senate bill that passed last year with a 68 vote super majority a “good bill”.

Fourteen Republicans joined a unanimous Democratic Party caucus in passing the bill that would strengthen border security, streamline legal immigration, and provide a pathway to citizenship for millions of undocumented immigrants.

House Republicans refused to take the bill up for a vote.

“It is my profound preference and interest to see Congress act on a comprehensive immigration reform bill that would strengthen our borders, streamline our legal immigration system so that it works better and we are attracting the best and the brightest from around the world, and that we give an opportunity for folks who have lived here — in many cases for a very long time, may have kids who are US citizens but aren’t properly documented — give them a chance to pay their back taxes, get in the back of the line, but get through a process that allows them to get legal,” the president said at the press conference.

The president says that concerns that an executive order would make it more difficult to pass immigration reform are unfounded.

“I just have to remind everybody that I’ve heard that argument for a couple years. This is an issue I actually wanted to get done in my first term and we didn’t see legislative action. In my second term, I made it my top legislative priority. We got really good work done by a bipartisan group of senators but it got froze up in the House.”

The president says that any executive actions that he takes can be supplanted with legislation from Congress.

“I think that the best way folks who are serious about getting immigration reform done is going ahead and passing a bill and getting it to my desk. Then the executive actions that I take go away. They are superseded by the law that is passed,” the president said, adding that he would “engage any member of Congress” willing to work with him on the issue.