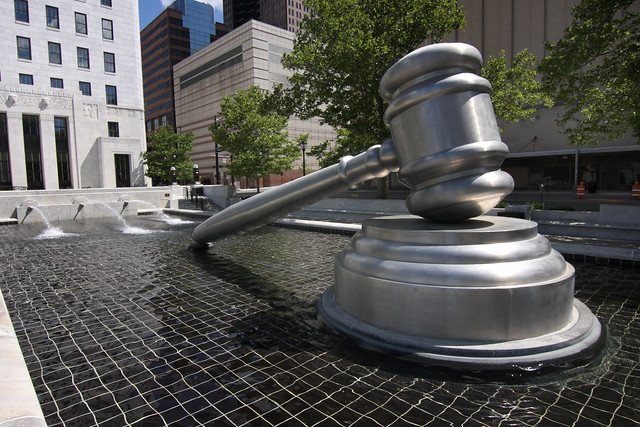 A federal judge has ruled in a police tape controversy that has dogged South Bend for several years.

The judge outlined in his ruling that officers’ lines were only recorded at their request.

“Besides the 911 and front desk lines, the Police Department also wired several officers’ lines into the recording system. An officer’s line was customarily recorded upon the officer’s request and approval by the Chief of Police,” the judge writes.

The court found that a mix-up occurred during the promotion of an officer in which his phone line was unknowingly being recorded due to a prior officer’s request that the line be recorded. As the ruling notes:

The line at issue (245-6031) was previously assigned to Rick Bishop who requested then-Chief of Police Thomas Fauz to record his line. Upon Chief Fauz’s approval, the ‘6031 line was wired to the recording system. Around early 2007, Bishop was promoted to Division Chief of the Investigative Division and the ‘6031 line followed him to the Division Chief’s office. Three years later, then-Captain Steve Richmond replaced Bishop to become the new Division Chief and moved into the Division Chief’s office. In the meantime, Brian Young was promoted to Captain of the Investigative Division, moving to Richmond’s old office.

The police department’s communications director at the time — Karen DePaepe — was in charge of the recording system. She listened to some of the tapes after a system crash to see whether data loss had occurred. According to the court:

On February 4, 2011, while listening to the recordings, DePaepe heard Captain Young’s voice on the ‘6031 line which she believed had previously belonged to Richmond. DePaepe thought this could be a malfunction of the system. Therefore, she continued listening to conversations on that line, including conversations dated before the crashes, and learned that Young had indeed been using the ‘6031 line. She then checked the list of recorded lines on her computer and confirmed that Young’s line was recorded.

During this process, DePaepe heard some comments in Young’s recorded conversations, which she found to be inappropriate. About a month later, in March 2011, Depaepe told then-Chief of Police Darryl Boykins that Young’s line was recorded and there were some disturbing conversations recorded on that line. Upon learning this, Boykins decided to continue the recording practice to gather more information before making a decision on what to do. Seven months later, in October 2011, Young learned from Captain Phil Trent that his line was being recorded. Young requested the recording to be stopped, but nothing was done regarding his request. About 2 months later, Boykins asked DePaepe to give him relevant recordings of Young’s line to keep them as evidence. DePaepe then created an officer report and made five audio cassette tapes for eight recordings that occurred between February 4, 2011, and July 15, 2012.

After receiving these cassette tapes from DePaepe, Boykins told Young and Richmond that he had access to those recordings. Boykins also told Richmond that he no longer considered Richmond as a loyal employee and threatened to demote, discipline, or fire him. Shortly after that, a federal investigation on the recordings was initiated. Boykins was demoted and DePaepe was discharged.

DePaepe later sued the city, settling in an agreement worth $235,000. The settlement prohibits her from discussing the tapes. The city also settled with former Police Chief Boykins and several officers.

A judge yesterday dismissed a lawsuit filed by four South Bend Police Department officers who alleged libel and defamation of character against Councilman Henry Davis Jr., who wrote a letter to the Department of Justice asking the federal government to launch an investigation into the police tapes controversy.

All told, the city has piled up close to $1.6 million in litigation costs in cases relating to the tapes controversy.

The city — which has thus far refused to release the tapes to the public — had used the Wiretap Act as justification.

The city has not made a determination of whether they will now release the recordings made prior to February 4, 2011. Buttigieg says that the city’s attorneys will be “reviewing this to confirm how it can be lawfully and promptly turned over to the Council.”

“The toughest thing about this situation is that the people in the community will remain curious about what is on the tapes — and I am also curious. But, we cannot violate federal law just to satisfy our curiosity,” the mayor said.

We have the mayor’s full statement and the judge’s ruling below: