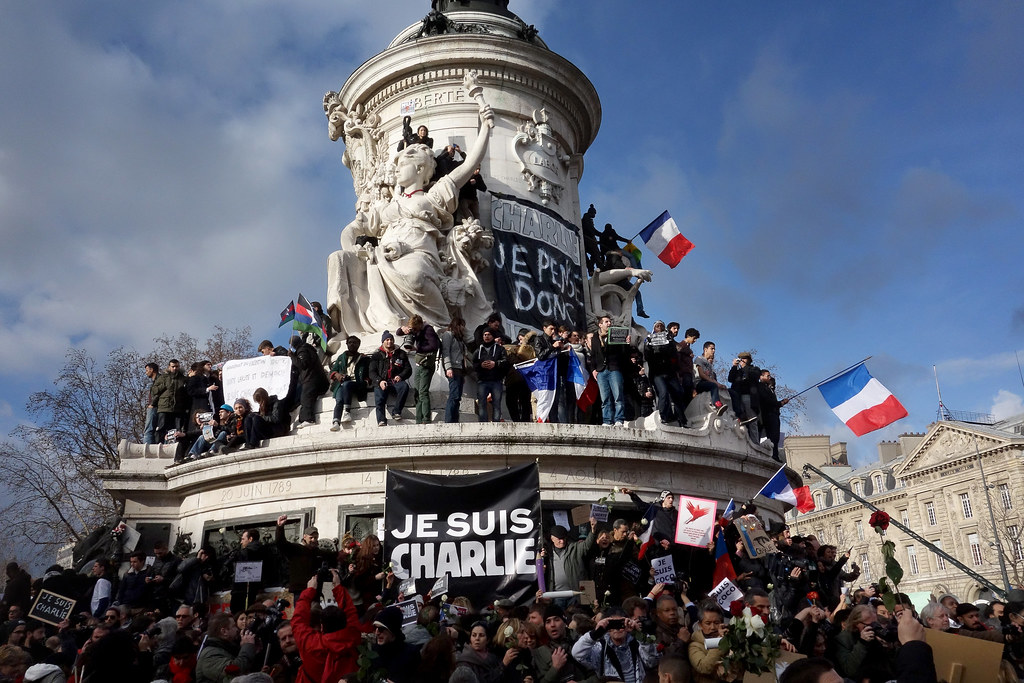 Only days after solidarity marches and calls for a respect for freedom of speech, French officials have arrested citizens that had no connection to the Charlie Hebdo shooting — including a comic — who expressed opinions that the government deemed to be hate speech.

As the Associated Press reports:

Authorities said 54 people had been arrested for hate speech and defending terrorism in the last week. The crackdown came as Charlie Hebdo’s defiant new issue sold out before dawn around Paris, with scuffles at kiosks over dwindling copies of the satirical weekly that fronted the Prophet Muhammad anew on its cover.

The comic who was arrested, known simply as Dieudonne, has been the target of French officials for years.

“Whenever I speak, you do not try to understand what I’m trying to say, you do not want to listen to me. You are looking for a pretext to forbid me. You consider me like Amedy Coulibaly when I am not any different from Charlie,” Dieudonne said, alluding to the shooter in the Paris attacks and the newspaper that was the target of the attacks.

Critics argue that the French government is picking and choosing which speech is acceptable.

Meanwhile, Charlie Hebdo featured a crying image of Muhammad on the cover of its first edition since the terrorist attack. Depictions of the Prophet Muhammad are considered offensive among many Muslims — particularly conservative Sunnis — who view it as a form of idolatry that violates their religion.

For its part, Charlie Hebdo comic Renald Luzier appeared to argue that there should be no restrictions on freedom of expression. As quoted in the AP:

He said when the weekly was threatened in the past, the reaction was often: “Yes, but you shouldn’t do that (publish cartoons of Muhammad). Yes, but you deserved that.”

“There should be no more ‘Yes, but,” he insisted.