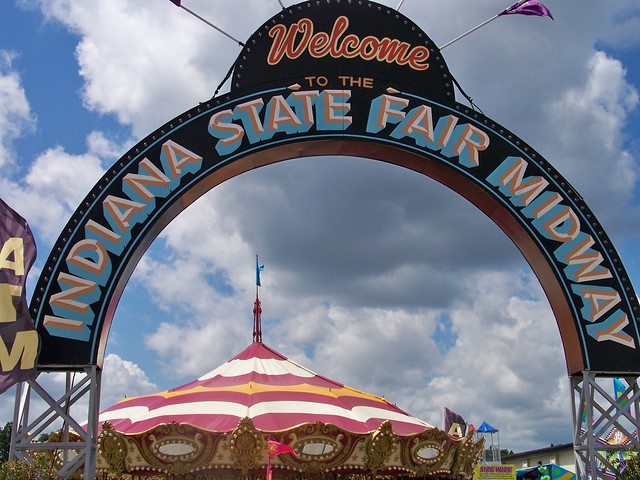 The Indiana State Fair begins today at the State Fairgrounds in Indianapolis. This year’s festivities will include alcoholic beverages for the first time since 1946.

“Visitors will be limited to three beers or three glasses of wine apiece. They also can sample products from Indiana breweries and wineries as long as they don’t have more than 36 ounces of beer or 15 ounces of wine,” the Associated Press reports.

General admission tickets cost $10 per person. Children that are under the age of 5 can get in for free. Discounted tickets can be purchased at select Wal-Mart locations throughout the state, or at any CVS pharmacy in the state of Indiana. You can also purchase tickets online here.

The Midway has a number of different rides for kids and adults alike including a log flume and giant Ferris wheel. Wrist band days allow for unlimited rides on certain days.

Other attractions include mariachi music, cappella vocals, dance groups, food, learning stations, and concerts. General admission tickets entitle you to free concerts, including Barenaked Ladies and Kansas. There are also paid concerts available. This is the first year that paid concerts return to the State Fair after a severe thunderstorm caused a fatal stage collapse in 2011.

Paid performances include Pitbull on Friday, August 8 at 8 pm and comedian Jim Gaffigan on Sunday, August 17 at 8 pm. Tickets for Pitbull start at $35 while Gaffigan’s event starts at $25 per person.