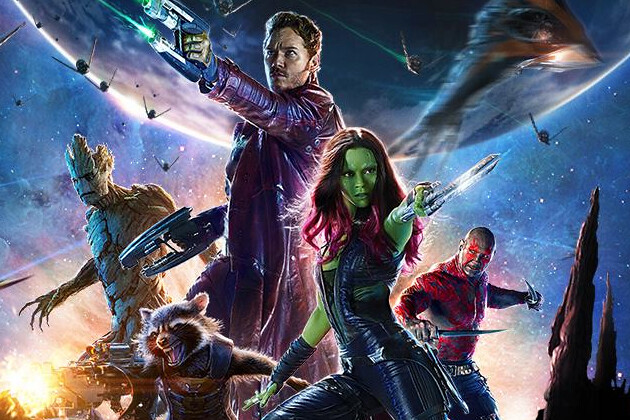 Looking for a zany romp through interstellar space? Guardians of the Galaxy fills the void in your late summer getaway-seeking adventurism with a mix of Star Wars, The Fifth Element, and any of the recent Marvel super hero movies. Part comedy, part super hero movie, and part action blockbuster, Guardians of the Galaxy manages to cross multiple genres without alienating fans.

Familiar names such as Chris Pratt, Vin Diesel and Bradley Cooper star in main roles. They play as an arrogant human space pirate known as the “Star Lord”, a tree-like creature whose only line in the movie is “I am Groot”, and an overly confident talking raccoon, respectively. Or as the film’s main hero, Peter Quill (Star Lord) puts it, “we are a thief, two thugs, an assassin and a maniac. But we’re not going to stand by as evil wipes out the galaxy. I guess we’re stuck together, partners.”

Shed away any pretense of seriousness and Guardians of the Galaxy is an enjoyable, albeit heavily-clichéd sci-fi flick worth seeing on the big screen.