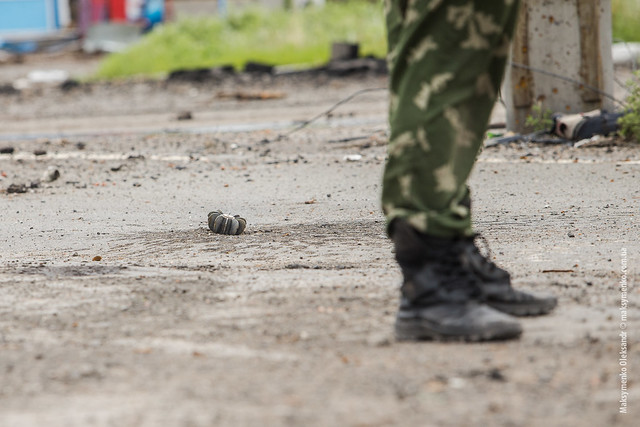 The death toll from ongoing conflict in Ukraine has nearly doubled in the past week, the United Nations human rights office said Wednesday.

A “very conservative estimate” indicates that as of Aug. 10, 2,086 have died, compared to 1,129 on July 26, spokesperson Cecile Pouilly told media.

Pouilly added that the rising toll marked a “clear escalating trend,” and, while the numbers included Ukrainian armed forces, civilians and armed groups, the numbers for civilian casualties “are likely to be under-reported.” Among the 2,000 killed are at least 20 children, she said.

In the first week of August, an average of 70 people a day have been killed, she added.

Ongoing violence has led to a worsening humanitarian situation that has left many civilians scrambling for basic supplies.

Also on Wednesday, a Russian convoy of over 280 trucks remains outside of the Ukrainian border. Ukraine’s Prime Minister Arseniy Yatseniuk stated that the convoy, said by Russian authorities to hold humanitarian supplies including baby food and generators, would only be allowed in with cooperation from the International Committee of the Red Cross (ICRC).

Laurent Corbaz, ICRC Head of Operations for Europe and Central Asia, said Tuesday that the situation in eastern Ukraine is “dire,” and that his organization “could be on board” with helping the humanitarian operation provided there were “security guarantees and direct contact with all the parties” involved.

NATO Secretary General Anders Fogh Rasmussen indicated to Reuters Monday that the humanitarian convoy could in fact be a “Trojan horse” used as a ruse for Russian military intervention in eastern Ukraine.

“We see the Russians developing the narrative and the pretext for such an operation under the guise of a humanitarian operation and we see a military buildup that could be used to conduct such illegal military operations in Ukraine,” he said.