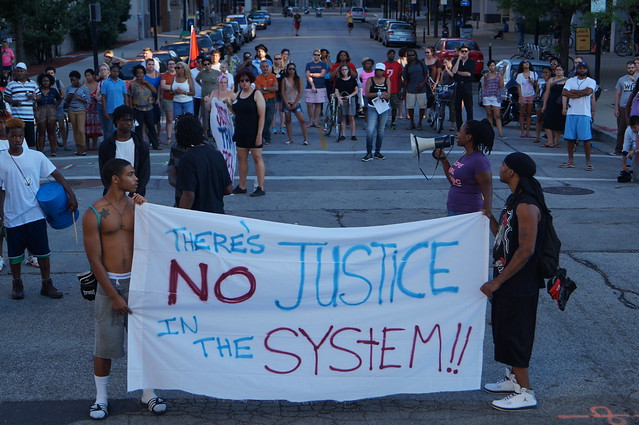 States that have enacted “Stand Your Ground” laws have seen an increase in homicide rates and problems in law enforcement, a task force with the American Bar Association said last Friday when they released a study conducted on the controversial law.

Stand Your Ground, which removes the “duty to retreat” from the justification of fighting back in self-defense, also has no deterrent effect on crime and disproportionately affects minorities, the task force said.

“We’ve heard nothing good about stand-your-ground laws,” said Jack Middleton, co-chair of the task force. “In fact, the more you look at them, the more problems you find.”

The laws currently exist in some form in 33 states. Apart from removing the duty to retreat, they also legalize deadly use of force, allowing individuals to kill someone they perceive as an attacker — even if they have the means to escape a confrontation — without being found criminally liable. In some states, people who use Stand Your Grand may receive civil immunity. The notorious case of George Zimmerman, a Florida man who shot and killed unarmed teenager Trayvon Martin and claimed a Stand Your Ground defense, turned a spotlight on the law when he was acquitted of murder in 2013.

Stand Your Ground has not given rights back to law-abiding civilians, as many supporters claim, the report says; instead, it has “dramatically altered the landscape of self-defense.”

ABA’s report largely corroborates the numerous critiques of Stand Your Ground laws, particularly in the ways they endanger young black men and encourage a “shoot first, ask questions later mentality.” The authors cited a 2012 Texas A&M study by Mark Hoesktra and Cheng Cheng which found that Stand Your Ground states had seen an eight percent spike in homicides since enacting the law.

“Instead of encouraging peaceful resolution through the rule of law, stand-your-ground laws encourage violent actions,” said Joseph J. Vince, a task force member and former officer in the U.S. Bureau of Alcohol, Tobacco, Firearms and Explosives.

Troubling statistics from the report show that all homicides in Stand Your Ground states are found justifiable much more often than in other states — but the most glaring discrepancy can be seen when comparing gun homicides carried out by white perpetrators on black victims. When both individuals are strangers, white-on-black gun death cases are found justifiable almost 40 percent of the time, more than any other kind of homicide.

By contrast, black perpetrators who kill white victims are found justified about five percent of the time.

Dr. Jerry Ratcliffe, chair of the department of criminal justice at Temple University, said that the laws have done far more harm than good. “If our aim is to increase criminal justice system costs, increase medical costs, increase racial tension, maintain our high adolescent death rate and put police officers at greater risk, then this is good legislation,” Ratcliffe said. “There is no reliable and credible evidence to support laws that encourage ‘stand your ground.'”

In addition to endangering citizens, the laws hinder law enforcement, the study found. Police officers in Stand Your Ground states have reported varying levels of confusion over how to apply the law, with many still unclear about immunity statutes that complicate the process of arresting suspects.

A former military officer cited in the report said Stand Your Ground laws give more lenient regulations to armed civilians in a public setting than to soldiers at war.

“It is troubling that under ‘stand your ground,’ there are less restrictions imposed on U.S. service members using deadly force when they return to the United States, than when they are deployed in a combat environment,” Christopher Jenks, an assistant professor of law at Southern Methodist University and director of the school’s Criminal Justice Clinic, said in the report.

Last week, Florida prosecutors decided not to charge a man who invoked the law after shooting a former friend to death, despite multiple witnesses stating that the victim had been walking away at the time.