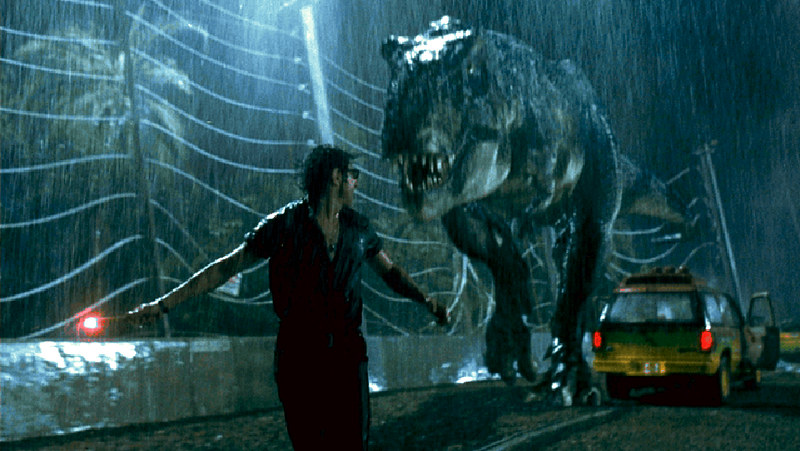 “All major theme parks have delays. When they opened Disneyland in 1956, nothing worked!”

“Yeah, but, John, if The Pirates of the Caribbean breaks down, the pirates don’t eat the tourists.”

Jurassic Park makes its return to the big screen this weekend as Downtown South Bend hosts a free public screening on the Gridiron outside of the College Football Hall of Fame building. Steven Spielberg’s 1993 classic — based on Michael Crichton’s novel — will begin at dusk on Saturday, approximately at 8:45 pm, weather permitting.

Downtown South Bend encourages viewers to bring their own blankets, chairs, and snacks. Guests with chairs are asked to sit in the back half of the Gridiron to allow guests with blankets to see the screen. 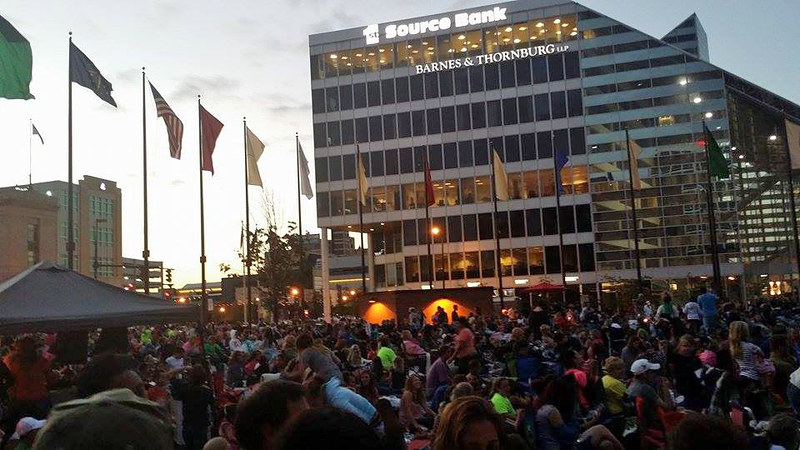 “Come out before the show to check out the Dino Store (located inside Bombay International, next to the South Bend Chocolate Cafe), which will have special extended hours until 9:30,” DTSB said in their announcement. “Concessions will be sold from 7:00 to 9:30 by the South Bend Chocolate Cafe, Swolfies Pizza and Subs Downtown, and Yummy Cupcakes Indiana. Behind the Mask Face Painting by Mia Inc. will also be there from 7:00 to 8:45 to transform your face into a dinosaur!”

The event is part of a host of summer events by Downtown South Bend (DTSB), a non-profit “dedicated to the continued growth and prosperity” of the city’s central business district. South Bend’s elected officials, business and civic leaders have made a concerted effort to boost engagement and make downtown a destination for the entire region to eat, play and live.

Jurassic Park is the third and final film in the summer series at Gridiron Plaza in downtown South Bend. The plaza is located at the corner of Washington and Michigan Street right next to the South Bend Chocolate Café. Frozen was screened last month. Hundreds of kids turned out with their families to meet the Disney princess Elsa where they could take pictures on her sleigh. The Jurassic Park event is sure to be more adult-oriented as the film is rated PG-13.