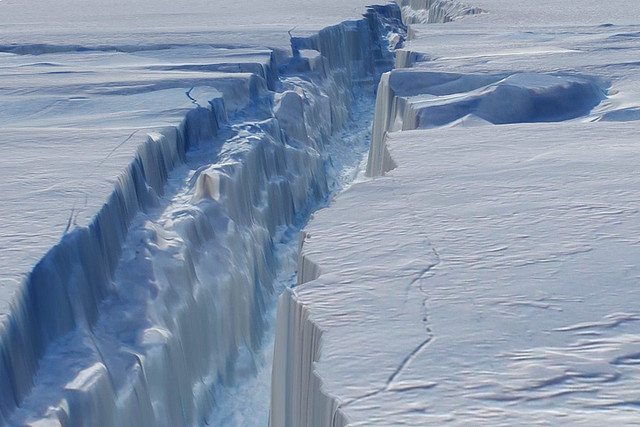 The world’s two largest ice sheets in Greenland and Antarctica are melting at the fastest rates ever recorded, according to a new study based on detailed satellite imagery.

Presented by scientists at the Germany-based Alfred Wegener Institute, the new research was conducted with the help of sophisticated mapping technology and the use of an ESA satellite (called CryoSat-2) which used radar technology to generate highly accurate elevation measurements of the ice sheets.

What the detailed look at the ice shows is devastating.

“The volume loss in Greenland has doubled since the [year 2000],” explained AWI glaciologist and co-author of the report Prof. Dr. Angelika Humbert. “The loss of the West Antarctic Ice Sheet has in the same time span increased by a factor of three. Combined the two ice sheets are thinning at a rate of 500 cubic kilometres per year. That is the highest speed observed since altimetry satellite records began about 20 years ago.”

Speaking with the BBC, Humbert went further, stating: “The contribution of both ice sheets together to sea level rise has doubled since 2009,” she said. “To us, that’s an incredible number.”

Robert Bindschadler of NASA’s Goddard Space Flight Center recently contributed to a similar study for the Potsdam Institute for Climate Impact Research. “Rising sea level is widely regarded as a current and ongoing result of climate change that directly affects hundreds of millions of coastal dwellers around the world and indirectly affects billions more that share its financial costs,” he said in a press release. By 2100, ice melt from Antarctica alone could add up to 37 centimeters, or more than 14 inches, to global sea levels.

Another study published in the journal Science this month shows that in the last 20 years, human-caused climate change has become the primary driver of glacial melt.