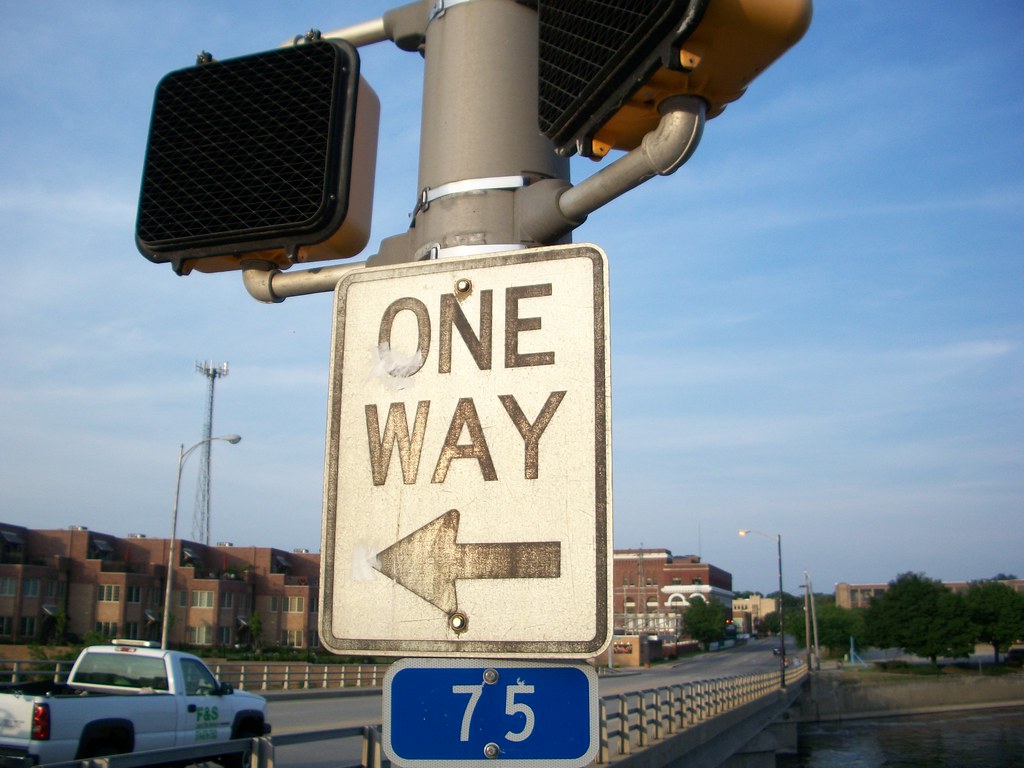 Two-way traffic is finally coming to one downtown South Bend street. The city announced that William Street from Washington to Western Avenue will convert from one-way to two-way traffic on Friday at 6 am. Stop signs are also replacing traffic signals at the intersections of William and Wayne, as well as at William and Washington.

As Just Goods’ Becky Reimbold wrote in a guest post last week, Smart Streets are also coming to Jefferson Boulevard on the east side of the St. Joseph River in the Howard Park neighborhood. Jefferson is seeing a design that will add bike lanes and more sidewalk for shoppers. The idea is to make the area more suitable for pedestrians and cyclists in that burgeoning part of town. A similar strategy is taking place in the heart of downtown.

“More two-way streets downtown create a more coherent, navigable downtown, easier for residents to access businesses and safer for people walking and cycling,” says Scott Ford, Executive Director of Community Investment. “By getting the fundamentals right through these improvements, we will create an environment more conducive to economic development and betterment to quality of life in South Bend.”

Lafayette Boulevard in downtown South Bend is also scheduled to convert to two-way traffic this year. That will take place in October.