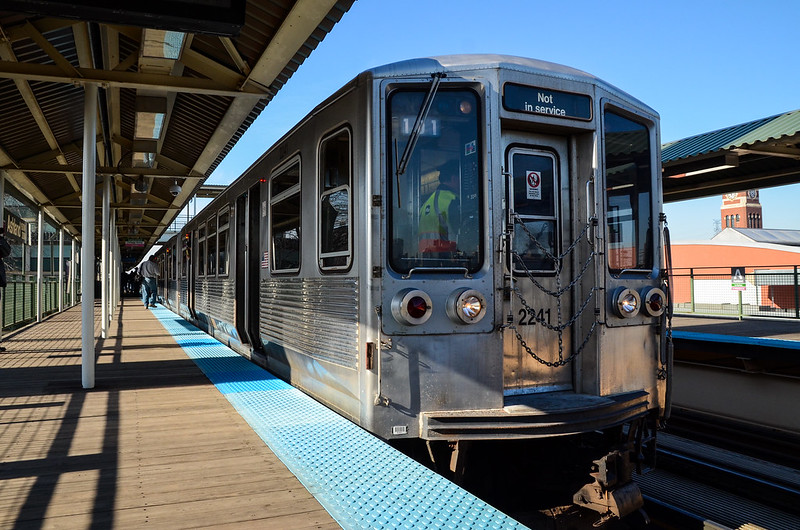 Do you ever ride the CTA when you are in Chicago? If you do, get ready to have your bags searched.

The Chicago Police Department has announced that screening will begin at certain Chicago Transit Authority rail stations beginning on November 3. Anyone who declines to be screened will not be permitted to ride.

As the Chicago Sun-Times reports:

The screening process, which police said will take less than a minute, will consist of swabbing bags with a stick capable of detecting explosive material.

If the test comes back clear, riders will be allowed to proceed into the station, police said. If the screening detects possible explosive materials, officers will ask to “inspect the bag and debrief the individual.”

The screening process is similar to one used at Chicago’s Amtrak station and on transit systems in New York and Washington, D.C., police said.

“While there are no credible threats to Chicago or to the region’s public transportation facilities, Chicago is taking this step, as other major cities in the United States and around the world have already done, to ensure the safety of residents and passengers,” Police Supt. Garry McCarthy said in the statement.

Chicago Police spokesman Marty Maloney told Chicago’s Red Eye newspaper that the measure is a “proactive, protective measure.” The measure is being fully funded through a $3.5 million federal grant.

“We know that surface transportation has been targeted in other places in the past (Madrid, New York, London, Russia) and want to take whatever precautions possible,” Maloney says.

Red Eye explains that police will choose a number each day. If the officers pick the number 15, they will pick the 15th person that enters the station to be randomly searched, the 30th and so on.

There were nearly 230 million CTA rail passengers in 2013 across 145 rail stations.

DePaul professor Joseph Schwieterman, who specializes in transportation, is skeptical of the new policy.

“Unfortunately, it’s a needle in a haystack trying to identify vulnerabilities in mass transit systems,” Schwieterman said. “We have hundreds and hundreds of access points to our stations.”

Critics charge that it is a waste of money and time for commuters.