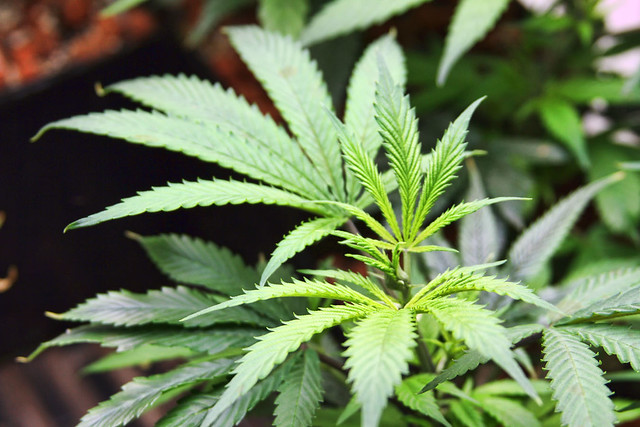 The New York Times is the first major national media outlet to call for an end to the prohibition of marijuana.

“It took 13 years for the United States to come to its senses and end Prohibition, 13 years in which people kept drinking, otherwise law-abiding citizens became criminals and crime syndicates arose and flourished. It has been more than 40 years since Congress passed the current ban on marijuana, inflicting great harm on society just to prohibit a substance far less dangerous than alcohol,” the NY Times Editorial Board wrote on Saturday. “The federal government should repeal the ban on marijuana.”

Part of the Times‘ argument is that the war on drugs has proven to be an institutionally racist policy. As they write, “The social costs of the marijuana laws are vast. There were 658,000 arrests for marijuana possession in 2012, according to F.B.I. figures, compared with 256,000 for cocaine, heroin and their derivatives. Even worse, the result is racist, falling disproportionately on young black men, ruining their lives and creating new generations of career criminals.”

And this is true. Blacks are 3.6 times more likely to be arrested on drug charges than whites, according to a 2009 study. This is despite the fact that research has shown that blacks and whites use drugs at roughly the same rate. The difference is that police target black neighborhoods. Policies such as New York City’s stop-and-frisk racially profile literally millions of individuals over several years. The policy, where the NYPD manhandled over 2.4 million New York minorities, resulted in an abysmally low conviction rate of just 3 percent. A judge ruled in 2013 that the policy illegally and systematically targeted minorities.

But minorities are not the only victims of marijuana prohibition. A felony drug conviction is devastating for anyone that is slapped with the charge. Even worse, the violence that the prohibition has sparked results in thousands of deaths each year as gangs fight over turf. Chicago has painfully shown the nation what drug-related gang violence looks like. Children are often caught up in the gunfire.

There is hope. Colorado’s experiment with marijuana legalization offers promising results for the nation. Consider this:

“Between January 1 and April 30, violent crime and property crime in Denver — the most populated city in Colorado, in terms of both people and weed dispensaries — dropped 10.6 percent compared to that same span one year earlier, official statistics reveal. Homicides have dropped to less than half of last year’s levels, and motor vehicle theft has shrunk by over one-third,” RT reports.

While it is too early to draw definitive causal links, the data nonetheless shows that crime in the Mile High City has not spiked, as the pro-prohibition crowd had warned. We will have indisputable data available in the next few years, especially if the dramatic drop-offs continue.

Equally impressive is the savings to the state. Colorado spends over $1 billion each year on its prisons, judiciary system and Department of Public Safety (which includes the State Police). Prisons account for over $634 million alone. Jailing people and enforcing the “War on Drugs” is not cheap.

Colorado stands to gain substantial tax revenue from the legal sale of marijuana in 2014 and beyond. The first five months of 2014 saw tax revenue come in at $34.8 million, well above previous estimates. Sales have increased each month, so the year-end total is likely to easily top $70 million in tax revenue — and that’s while a federal ban still looms threateningly over the entire industry. This money will go to local governments for schools and to drug prevention programs.

Prior to legalization, this money would have eventually made its way to brutal Mexican cartels that killed an estimated 60,000 people, mostly civilians, during the six year tenure of former Mexican President Felipe Calderon, a US ally and drug war proponent. Calderon served from 2006 to 2012. More, of course, have died since then, fueling the exodus of Mexicans to the United States.

The bottom line is that ending the prohibition on marijuana is a no-brainer. As the New York Times points out, there will be side effects to legalization. We will have to deal with them as they come. But there is no avoiding the fact that the “War on Drugs” has been disastrous for just about everybody involved, including civilians with no connection to the trade at all. Author Erin Morgenstern to Give Lecture, Workshop in South Bend