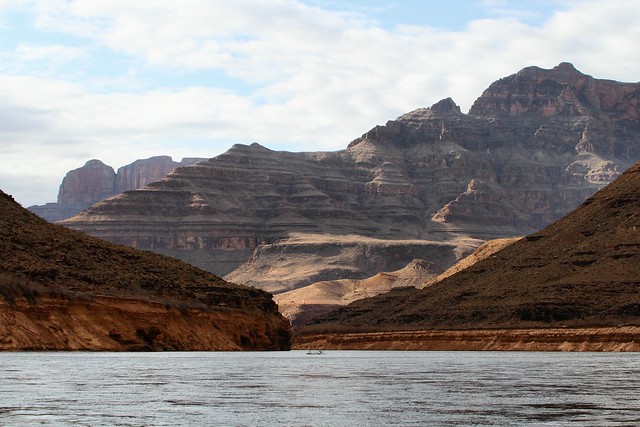 The drought-stricken Colorado River Basin has experienced rapid and significant groundwater depletion since late 2004, posing a greater threat to the water supply of the western United States than previously thought, according to a new study by NASA and University of California, Irvine.

The research team used data from NASA’s Gravity Recovery and Climate Experiment (GRACE) satellite mission to track changes in the mass of the Colorado River Basin, which is the water source for more than 30 million people and 4 million acres of farmland. The satellites showed the basin lost nearly 53 million acre feet (about 17 trillion gallons) of freshwater between 2004-2013 — almost double the volume of the nation’s largest reservoir, Nevada’s Lake Mead, which itself recently fell to its lowest level since the 1930s. More than three-quarters of the total water loss in the Colorado River Basin was from groundwater. The basin has been experiencing the driest 14-year period in the last 100 years.

“We don’t know exactly how much groundwater we have left, so we don’t know when we’re going to run out,” said Stephanie Castle, a water resources specialist at the UC-Irvine and lead author of the study. “This is a lot of water to lose. We thought that the picture could be pretty bad, but this was shocking.”

Because pumping from underground aquifers is regulated by individual states and is often not well documented, it is difficult to quantify how groundwater reserves are affected by drought. But the NASA/Irvine study, which measured gravitational attraction as a way to assess rising and falling water levels, reveals that a crucial water source for seven basin states and Mexico has been compromised. The study also indicates that declines in the snowpack that feeds the river and population growth could further compound the problem.

“The Colorado River Basin is the water lifeline of the western United States,” said senior author Jay Famiglietti. “With Lake Mead at its lowest level ever, we wanted to explore whether the basin, like most other regions around the world, was relying on groundwater to make up for the limited surface-water supply. We found a surprisingly high and long-term reliance on groundwater to bridge the gap between supply and demand.”

Last year, the Pacific Institute found that about 70 percent of the Colorado River Basin water supply goes toward irrigated agriculture.

In a blog for Science, Eric Hand writes:

The groundwater losses, which take thousands of years to be recharged naturally, point to the unsustainability of exploding population centers and water-intensive agriculture in the basin, which includes most of Arizona and parts of Colorado, California, Nevada, Utah, New Mexico, and Wyoming.

To that end, several Western states are implementing or considering groundwater management plans. And earlier this month, the Boulder-based Western Resource Advocates joined with American Rivers in releasing a new report that identified municipal conservation, grey water treatment and reuse, and irrigation efficiency as ways to mitigate “Western water shortages stemming from the over-taxed and stressed Colorado River.”