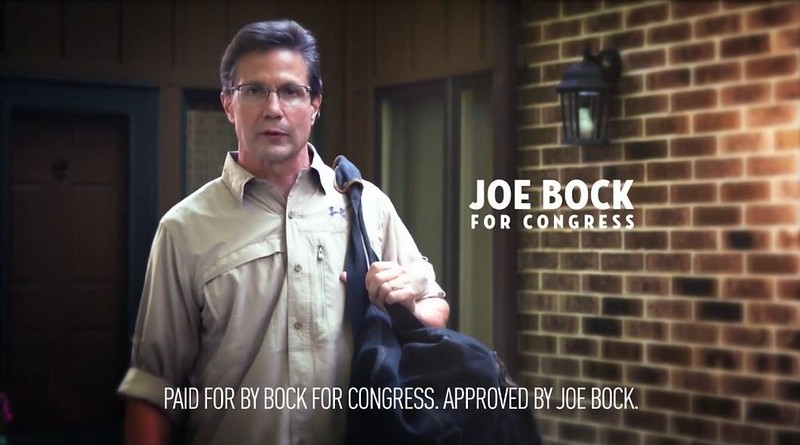 Joe Bock, the Democratic challenger to 2nd District Congresswoman Jackie Walorski, is out with his first campaign ad. Bock blasts Walorski right out of the gate.

“I’ve been around the world, but it was no vacation,” Bock says in a not-so-subtle dig at the Congressional recess.

The House of Representatives will only be in session 113 days this year, down from a paltry 126 days in 2013.

“I’ve helped respond to all kinds of disasters: earthquakes, terrorism, civil war,” Bock continues as he fills a duffel bag with clothes — as if he is on his way to solve a crisis that is happening right now.

“Now the crisis is here at home. Politicians look out for themselves instead of the middle class. They shut down the government and risk our paycheck but keep getting theirs. I’m Joe Bock, I approve this message. Washington’s a disaster. I’m ready to go to work.”

Campaign Manager Jennifer Coffman told the South Bend Voice that “the major theme [of the ad] is that Washington is a disaster and with Joe’s background in crisis relief, we wanted to show Hoosiers that he’s ready to go to work to fix it.”

Emily Daniels, Deputy Campaign Manager for the Walorski campaign, responded in a statement to the South Bend Voice:

“Missouri politician Joe Bock continues to show how out of touch he is with our Hoosier values. With his bag already packed, Bock should do Hoosiers a favor and take his votes for higher taxes and more government spending back to Missouri.”

The Notre Dame professor works at the university’s Eck Institute for Global Health, training students in disaster response and humanitarian ethics. Bock has a Master’s in Social Work and a Ph.D. According to his campaign website, he has also worked on the leadership team at the American Refugee Committee.

Bock’s aggressive introduction should come as no surprise. The 2nd District was drawn to elect a Republican after the 2010 Republican landslide, in which the GOP captured the Indiana state House of Representatives and retained control of the Senate.

Indiana’s 2nd District nonetheless remains one of the top potential targets for Democrats in the upcoming midterm elections, and the most competitive House race in the state. However, Bock has so far been out raised 3-to-1. Unique and memorable ads like this one are the only thing that might be able to break through the money barrier.

While Jackie Walorski barely won the district in 2012 to political newcomer Brendan Mullen — beating Mullen by fewer than 4,000 votes — non-partisan prognosticators have rated her the favorite in the race due to the district’s Republican lean and the power of incumbency. Mullen declined to run a second time, opening the door to Bock’s candidacy.

South Bend Voice hopes to speak one-on-one with each of the candidates before Election Day. The offer is open to all 2nd District candidates that are on the November ballot.