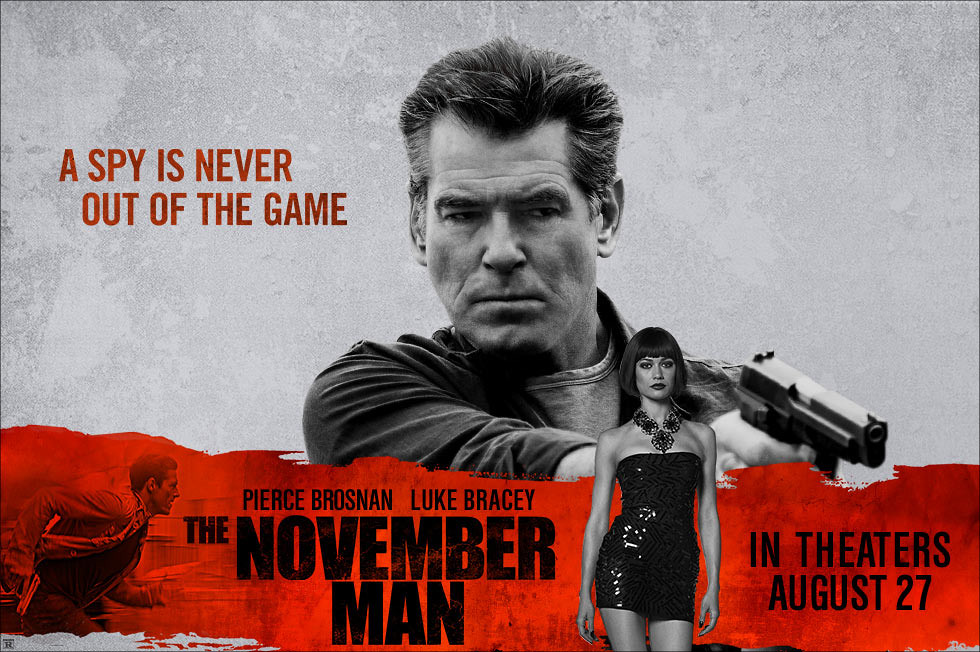 The November Man is not just a cheap James Bond knock-off. Yes, it casts former Bond actor Pierce Brosnan in the lead role as an ex-CIA agent who comes back for one last mission. It also has a lot of the traits of a good Bond movie: car chases, gun fights, exotic locales, and attractive women.

But November Man, based on a Bill Granger novel, is a more sophisticated film than any Bond movie has ever attempted to be in its fifty plus year history. The mix of action, suspense and international intrigue is pieced together in a generally satisfying and intelligent way. There are no over-the-top cartoonish villains: just believable plots of spy craft gone terribly wrong.

You can tell that Brosnan misses the role that made him a household name but appears in his own skin as a former agent. His relaxed, no bullshit style carries a whiff of Bond, but underneath is a deeper character whose past haunts him and whose internal struggles bubble up into a questioning of authority.

Equally to its credit, this is not a blindly patriotic film. Many action movies tend to border on pro-American propaganda. November Man is honest on foreign policy, taking the CIA to task for its role in geo-political instability. It manages to remain entertaining throughout while dealing with serious subject matter in a way that Brosnan would never have been able to deliver in a Bond movie.