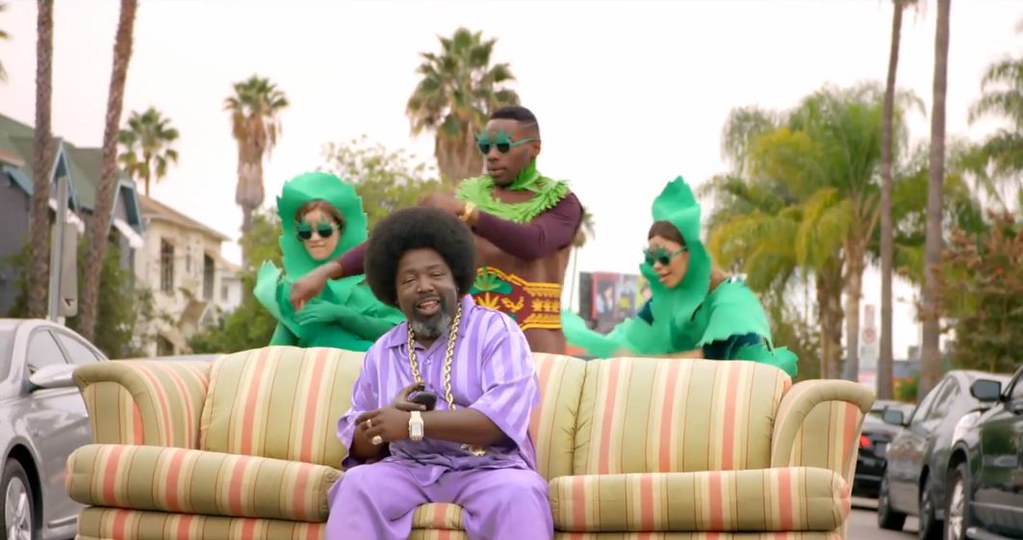 A Grammy nominated artist is out with a new video touting the benefits of marijuana legalization. Afroman, the rapper who thirteen years ago released a top-selling single “Because I Got High”, has remade the original song in a new video promoting legalization efforts across the United States.

Voters in Alaska, Florida, Oregon and Washington DC will have the chance to light up the ballot box on November 4. The Alaska, DC and Oregon referendums would completely legalize the substance in those jurisdictions, joining Colorado and Washington state, which legalized marijuana in a historic 2012 vote. Florida voters will have the chance to make medical marijuana legal.

Afroman’s newest version of the song highlights the benefits of legalized pot, including health benefits for depression and glaucoma.

“I had problems with glaucoma, but then I got high. Smelled the cannabis aroma, and I got high. Glaucoma getting better and I know why,” sings Afroman.

There is evidence that marijuana can treat a variety of medical ailments as well as provide pain relief. Marijuana was one of the most common forms of pain relief medication in the 19th century before the invention of aspirin.

Since marijuana is an illegal substance and the federal government has tightly prevented researchers from conducting studies on the health benefits of marijuana — maintaining without much evidence that it is a dangerous substance — the medical value of weed remains up for debate.

Aside from the health benefits, Afroman also touts the societal benefits, which include reduced prison populations, tax revenue for the state, and less crime.

“They built a school or two, because I got high,” Afroman sings. “Now the state can fund drug treatment, and I know why.”

The video was released just in time for the November elections. Early voting has already begun in a number of states.